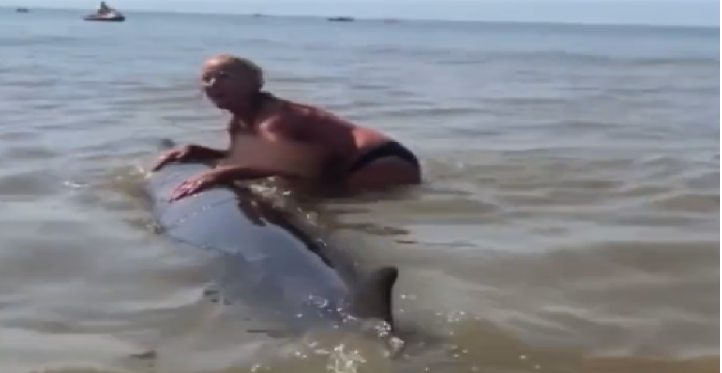 On July 19, 2022, near the Dutch town of Zandvoort, west of Amsterdam, a very unusual incident happened. 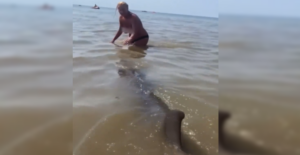 A topless woman tried to ride a stressed dolphin lost near the shore. The poor dolphin was stranded in the shallow water and tried to get out of that place but, all of a sudden, the marine creature had to deal with not only shallow water but also a topless woman. Such dolphins should get help to swim back to the North Sea where they can easily swim and enjoy the waves.

In the video below you can see that the dolphin pushed the woman so that she wouldn’t try to ride him anymore but the topless woman didn’t want to give up. People nearby got angry and two men approached to keep the woman away from the dolphin. 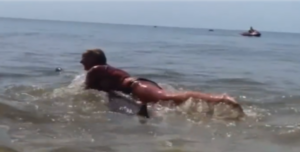 The act of this woman was captured by the cameras and the video went viral. After seeing the video, many animal lovers blamed the woman for her senseless deed and the police started an investigation to find the woman. The police also announced that in case noticing a wild dolphin no one should come closer and try to ride it. If tourists want to play with dolphins then they should visit dolphinariums or other licensed places where this deed is allowed by rule.