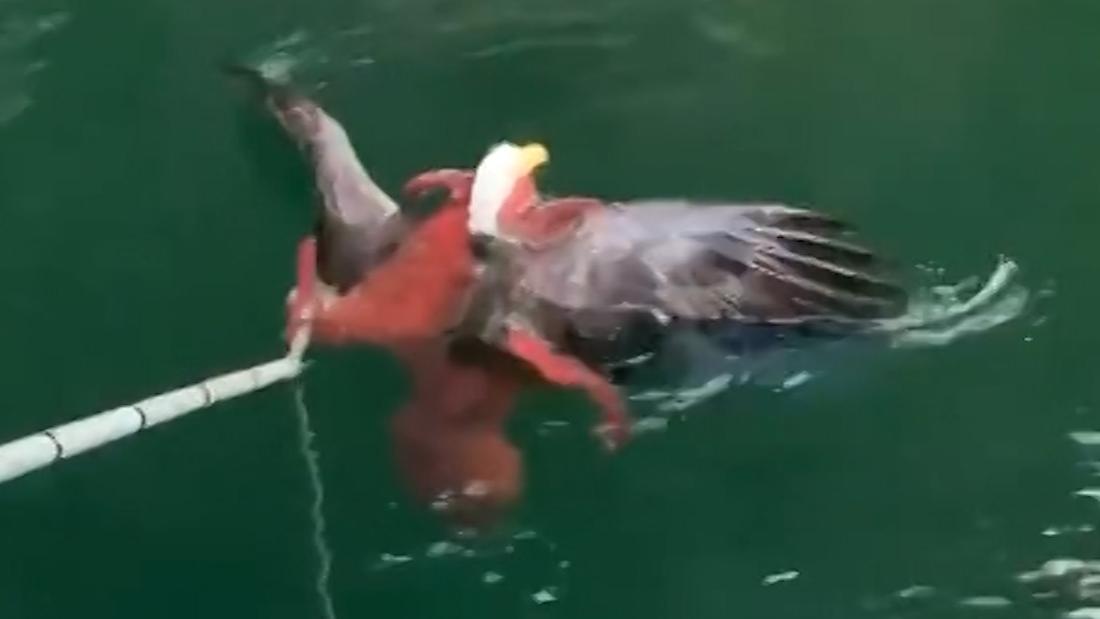 Eagles are known to catch and chew the tastiest and biggest creatures ever. But this time the eagle chose something bigger than he could ever eat, a huge Pacific octopus. Luckily, salmon fishermen were near and managed to catch this fantastic battle with a camera. 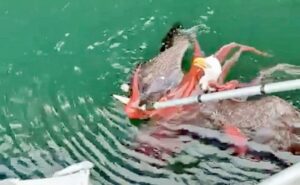 Alisha Ebrahimji at CNN records that a group of salmon fishermen used by Mowi West salmon ranches near Quatsino on the northwestern coast of Vancouver Island was motoring home when they heard some strange splashes and screams.

Crew member John Ilett told that they came to the battlefield at the most interesting moment when the octopus was trying to squeeze the enormous eagle and take him deep down to the water. The gigantic Pacific octopus is the largest in the world and can reach 600 pounds and 30 feet in length. 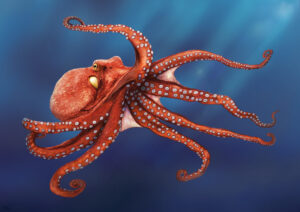 Though the crew didn’t want to interfere the nature’s survival battle it was very awful to see how the octopus was trying to sink the eagle and they had to intervene.

Ilett got a pike pole and peeled the octopus off the raptor and these few minutes were enough for the eagle to escape. Illet tells Ebrahimji that over 20 years on the water he’s seen many interesting points, but this is the coolest. “It’s moments similar to this why I enjoy my job and being out in the environment where I can work and live,” he told. “It’s just incredible.”