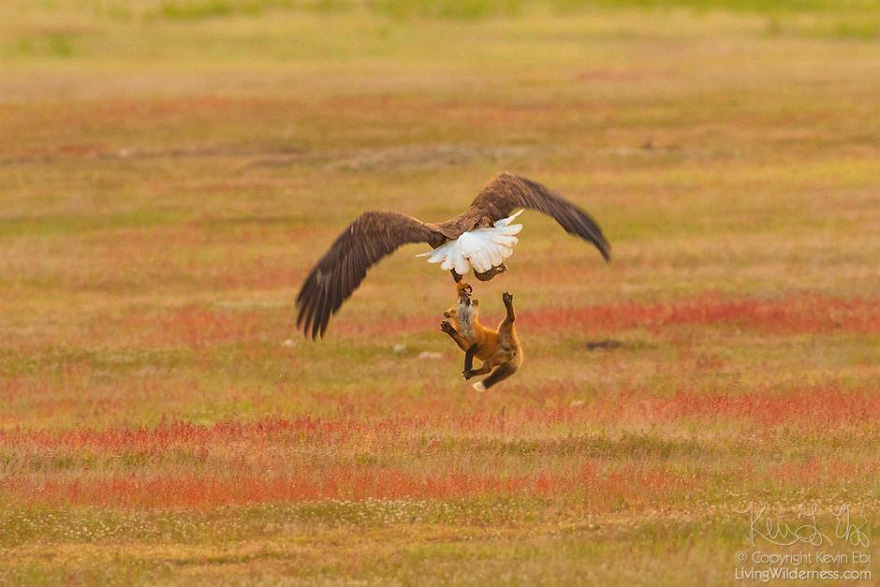 This magnificent scene happened in the San Juan Islands in Washington. A mischievous eagle grabbed the fox’s dinner. 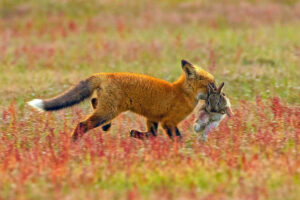 Kevin Ebi told Bored Panda that eagles don’t want to waste much time on finding their food so they find easy variants. 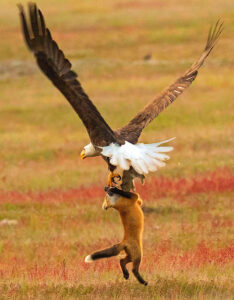 This time the eagle found a fox who already hunted something and couldn’t miss the opportunity. Kevin Ebi told that he captured a very magnificant but also sad reality of wildlife. The photographer was exploring young foxes when he noticed a fox with a hunted rabbit. 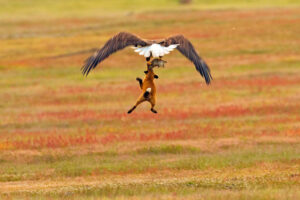 Suddenly the man heard a squeak of an eagle and turned to see what was happening. He saw how a bald eagle tried to take the rabbit from the fox. Soon the fox felt that it was a senseless struggle an dgave up. And teh fox fell down from 20 feet height. The battle lasted 8 seconds.

The photographer was very glad taht he appeared in the right place at the right time and captured photos that soon will amaze everyone around the word.