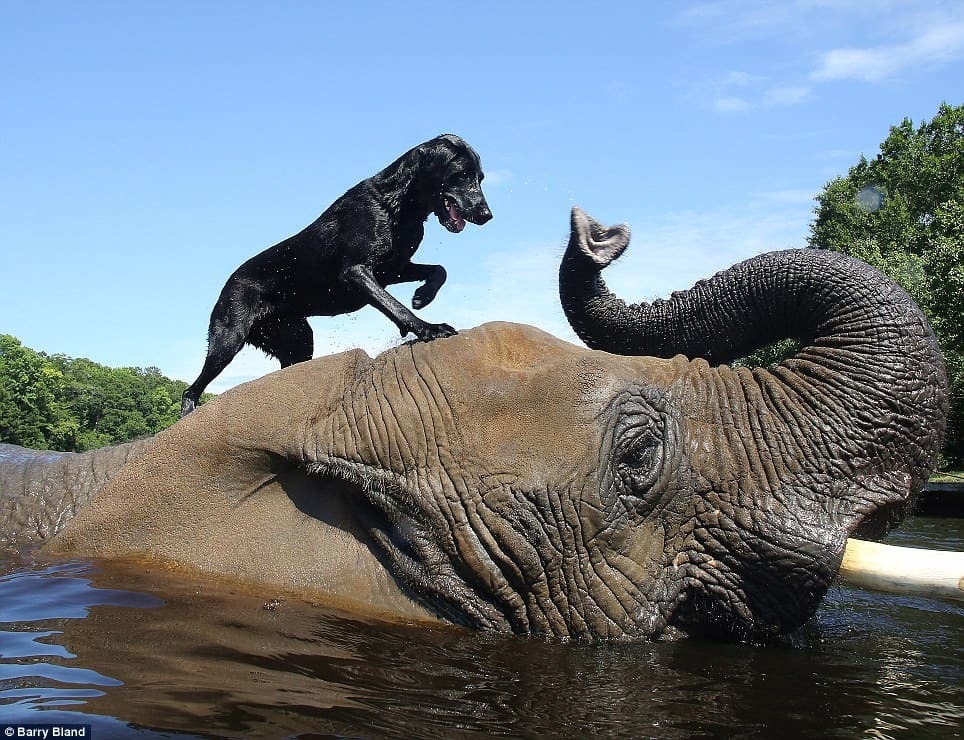 Animal friendships among various species always amaze us. No matter how different they can be they will still care for each other like real siblings. 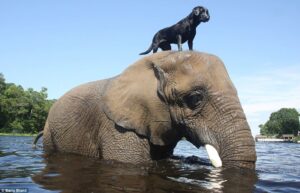 The 32-year-old African elephant Bubbles and the 3-year-old Labrador Bella understood each other better than anyone else. 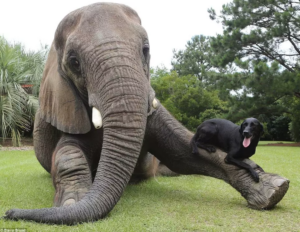 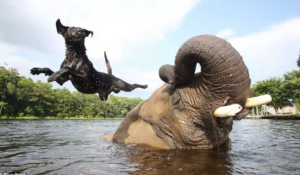 Bubbles was an orphaned elephant brought from Africa after her parents were killed for their tusks. At first, the elephant had some difficulties. But as soon as she met Bella she became the most sociable and playful animal ever. 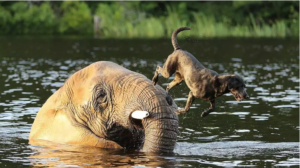 They had a special bond and could play for hours in the water. The best place for Bella was the back of the huge animal from where the dog liked to jump right into the water.