Sometimes animals’ instincts work so powerfully that they care for other animals despite any differences. A great reflection of such a case is this 6-month-old kitten caring for several newborn kittens. 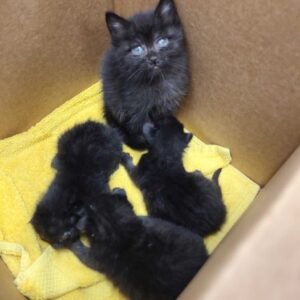 According to this post on KC Pet Project’s (a rescue in Kansas City, Missouri,) Facebook page, the 6-week-old black cat was found with three newborn kittens. The man who found them told that the little kitten was caring for the newborn ones very attentively. 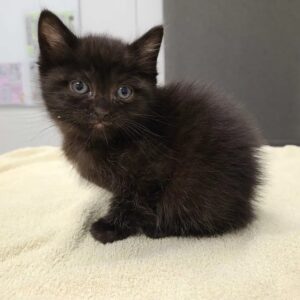 It isn’t known whether the kitten was their sibling or not but one thing was clear; the kitten took the role of the guardian angel. He was acting like a very caring “mother” to them and the KC Pet Project dubbed him the “most responsible kitten in the world.”

The most responsible kitten’s name was Binx and the three little kittens have been dubbed Ollie, Frankie, and Ziggy. Seeing their heartwarming family no one could split them so they had been taken to the foster home altogether.