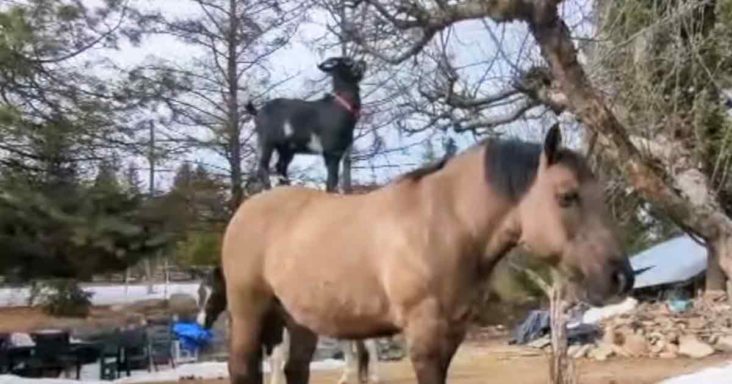 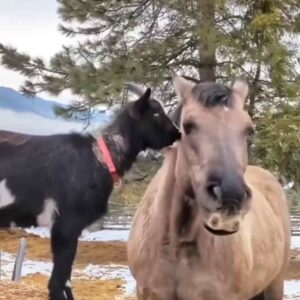 Amy saw how the smart goat ate leaves from the higher branches standing on the horse and understood why the goat did that. The smart goat could even control Bouge. He used the pawing method to make the horse walk. So he managed to move with the horse and reach his wanted branches. In its turn, the horse liked being scratched on the back and patiently did every command of the goat. 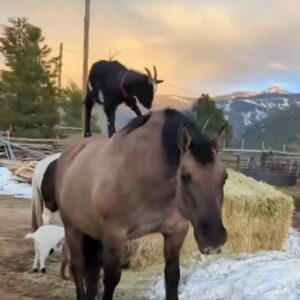 Amy had 50 animals on her farm which was located in British Columbia, Canada. All the animals were fine but these two made a difference. The names Arret meant “Stop” and Bouge meant “move” in French. 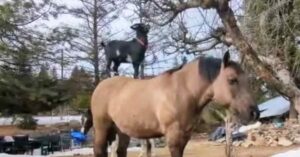 Arret and Bouge were a fantastic couple and understood each other very well. The goat was seen with other horses too. He liked to take a nap with them and make friends with them. Amy claimed that now Bouge was Arret’s horse too.

In a rare public appearance with his girlfriend Alexandra Grant, Keanu Reeves appears positively radiant.
Actor Keanu Reeves has long been considered to be a
0 103