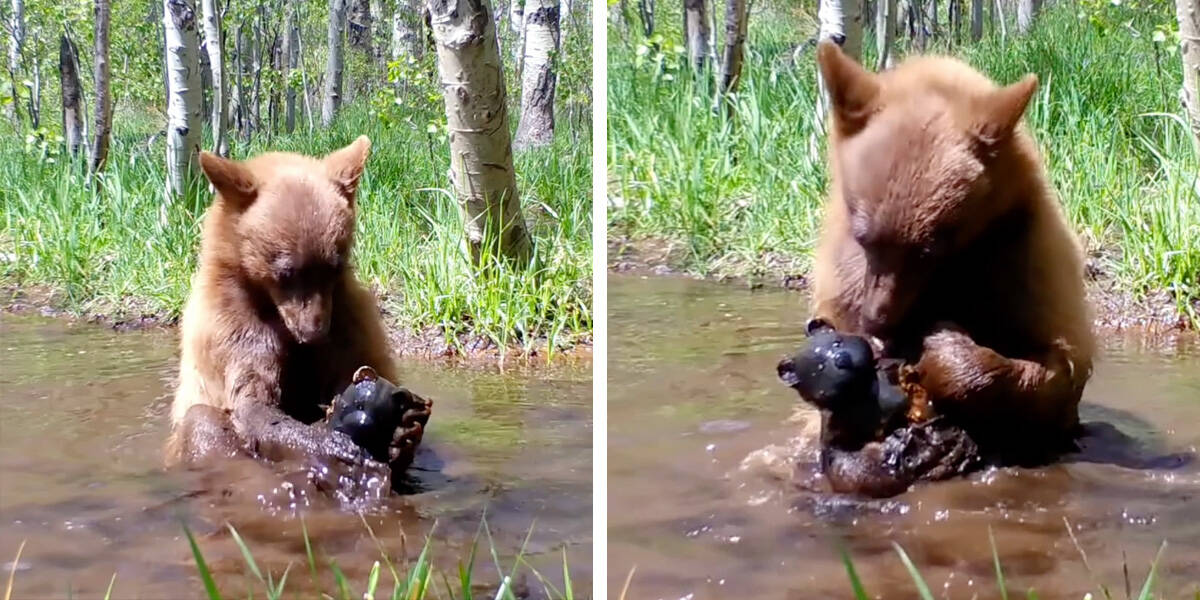 Tamarack, an orphaned bear cub, was rescued from a wildfire zone in Northern California last year. The poor one’s paws were scorched in the flames. 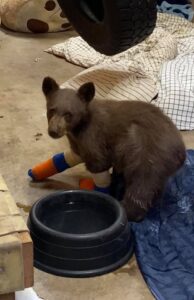 Tamarack was being treated at a wildlife rehabilitation center when he decided that it was not his place and escaped. The bear went back to the wildlife.

However, the bear was still alive and was living very happily after his trauma. Toogee Sielsch, a wildlife lover, has been tracking Tamarack’s activities on trail cameras. The bear was luckily not alone. He was with a little teddy bear that he found and befriended. This video shows one of the happiest moments of the bear’s life as he was joyfully taking a bath with his lovely toy.