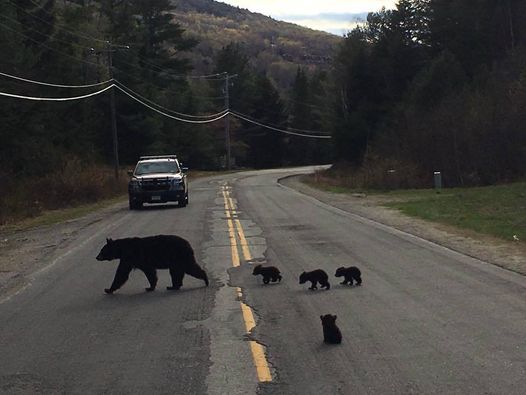 2017 In 2017, the Town of Carroll Police Department, in western New York, was doing “bear traffic control” when they saw a mother bear and her cubs. 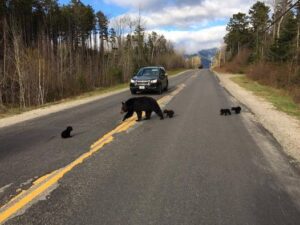 They were crossing the street and as the bears were 5 in number the mother couldn’t look for all of them at once. Two of the bear cubs fell behind and the police stepped in to help them. 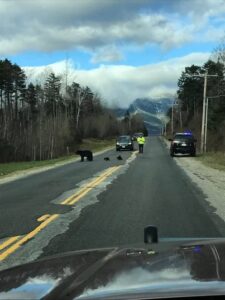 The two cubs were weak and couldn’t follow their siblings so the police decided to help. The cubs were taken to wildlife rehabilitation, intending to release them back into the wild once they were good and healthy. 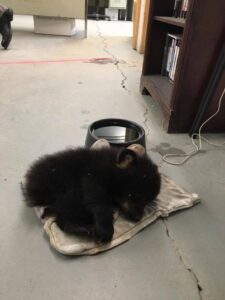 The mama bear understood that the police officer was trying to help so she was very kind to him. Soon after getting the proper treatment, the two were released into the wild healthy. 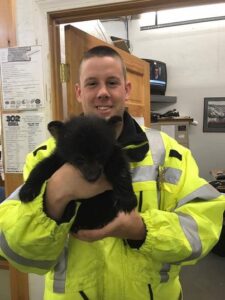 The officers confirmed that they reunited with their mother who welcomed them very warmly.