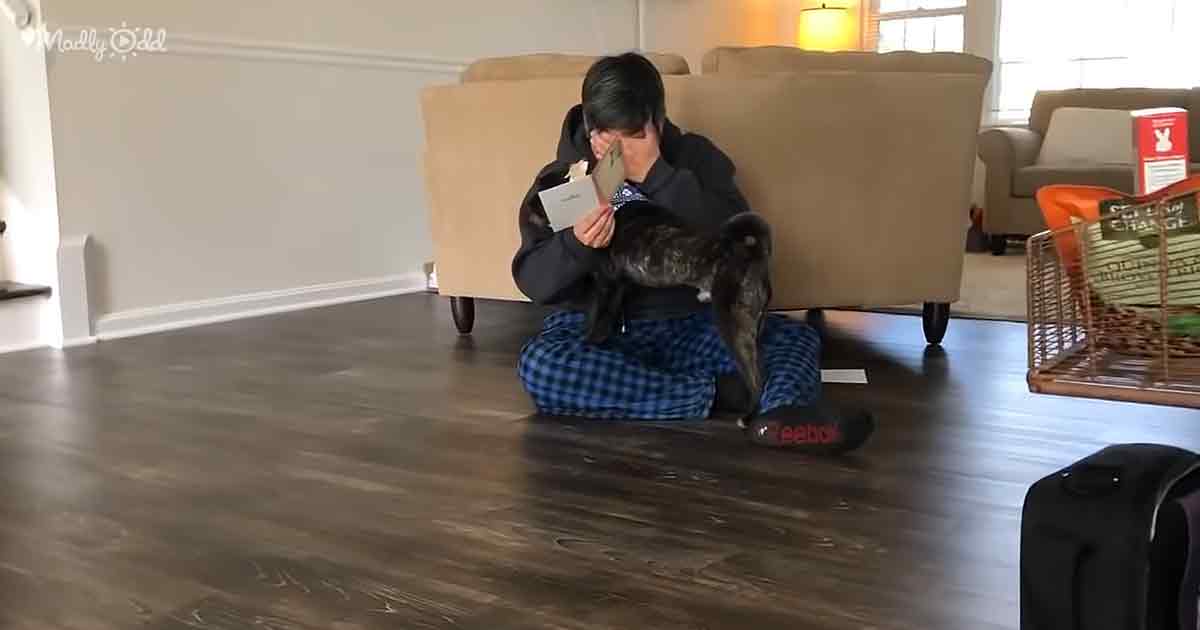 The hero of our story had to meet the harsh conditions of street life and suffered a lot until he was rescued by a rescue organization Band for Animal. The dog was rescued from South Korea. He was named Toby, then.

Soon Hoang’s family wanted to foster Toby. Ann Hoang always wanted to have a second dog but her husband claimed that they already had their first dog Charlie and were very happy. However, Ann persisted and Hoangs decided to give it a try. 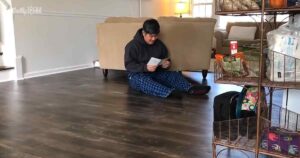 Toby became the favorite member of the family from the very first day. Even Charlie got attached to him very easily and they became inseparable. So Ann knew that they would definitely adopt the dog until someone else hadn’t done this befor them. So she called the shelter and told that they would adopt Toby. However, She wanted to make a surprise for her husband ad didn’t tell him anything. 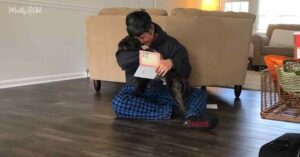 So when from the sheler the staff came fro home inspection they pretended to be the new adopters of Toby. This was devastating fro Ann’s husband so he was very nervous. But soon the staff gave him a letter where it was clearly said that the Hoang’s family were the official owners of Toby. In the peak of these emotions the man couldn’t help his tears and started to cry. The whole staff shared his tears of happiness and wished them good luck with their lovely canine friend.