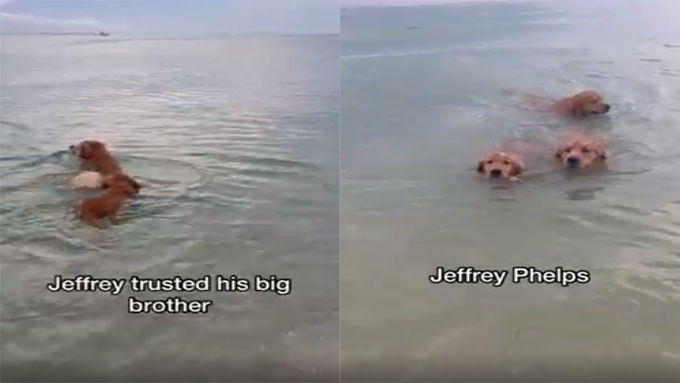 When Kevin saw that his brother Jeffrey couldn’t swim in the ocean he became a trainer for him. Kevin and Jeffrey were good dog brothers who helped each other in any situation. 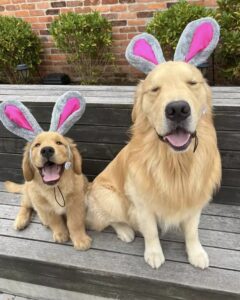 When they went to the ocean with their friends Max and Finn all of the dogs swam with pleasure except for Jeffrey. The dog wanted to jump in the water but was a bit scared. 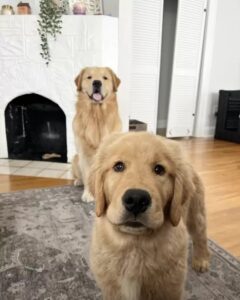 When his brother Kevin noticed this he immediately came and tried to encourage him that there was nothing to be scared of. Soon he managed to persuade his brother and he jumped into the ocean. They enjoyed swimming with 4 dog friends.

Their owner Elysse Gorney told The Dodo that she was very proud to have such kind and caring dogs. She claimed that Kevin would help his brother whenever he needed him and vice versa.

In the video below you can witness how the dog jumped into the ocean without fear due to his trainer dog brother.