Rebecca and Alex kept a wonderful cat named Ziggy. Ziggy liked to be in the center of attention of his owners every time. But most of all the cat liked to have a nap and to be cuddled on their laps. If he wasn’t on their laps then he would probably rest on their heads, shoulders, bellies, etc. 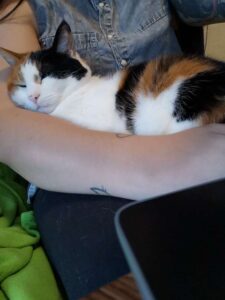 But when the couple had to work from home they need some spare time without Ziggy so that they could work. They decided to place a soft and comfortable cat bed near their laptops. 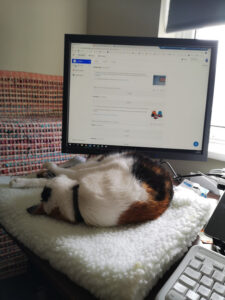 Though the bed was very comfortable the cat didn’t want to exchange it with the warm lap. 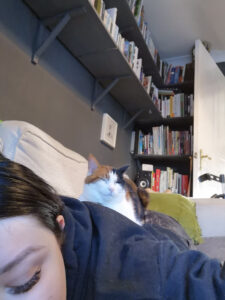 So Alex came up with a wonderful idea. As the cat adored being on a lap and feeling the warmth of humans then they would create a cat bed shaped like a human lap. 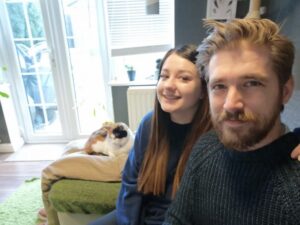 Alex took pants and filled them with wool so the lap was soft. Then he placed a heating pad inside the fake lap so that the cat felt warm. And also he put a pair of shoes under the pants to make the illusion better. 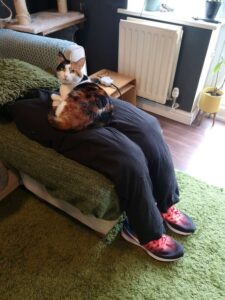 And this plan worked great as Ziggy adored his new lap. Another cat Harley, however, was completely indifferent. But Ziggy liked to spend time there and imagine that he was on someone’s lap. Though the couple found a wonderful solution they used this trick only when they were busy. When they were free they liked playing with their cat and cuddling him on their laps. 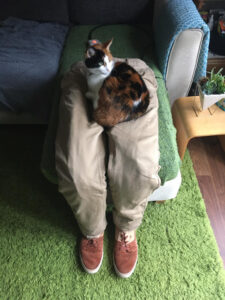 In a rare public appearance with his girlfriend Alexandra Grant, Keanu Reeves appears positively radiant.
Actor Keanu Reeves has long been considered to be a
0 150