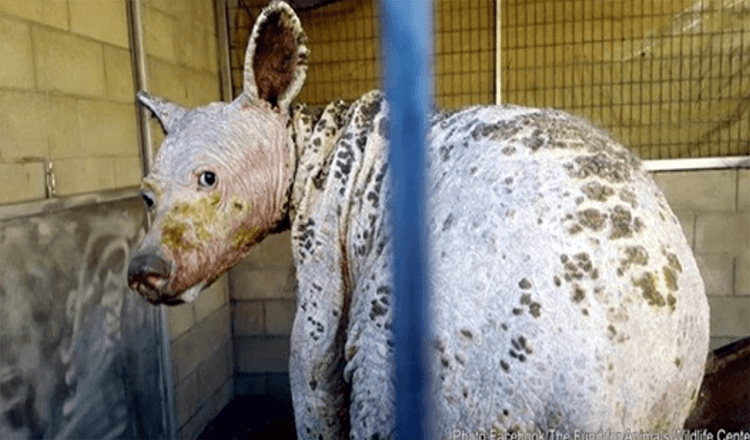 People in California were alarmed and concerned when they saw a hairless creature digging through the dumpsters and called a local rescue group.

After looking over the bear, they realized she was covered in mange. Mange is a painful skin disease caused by mites in the skin. The mange had spread all over her body and resulted in complete hair loss. 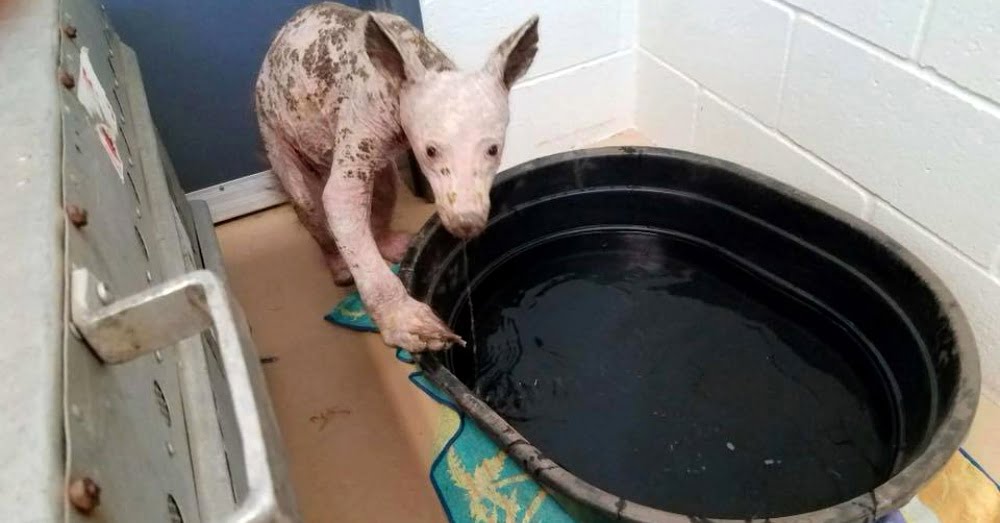 The bare bear needed help and a sanctuary to recover at. On Christmas Eve, two compassionate volunteers from California Department of Fish and Wildlife drove the bear, which they named Eve, to FFAWC. FFAWC made the proper arrangements in a sanctuary for the bear. With her extreme case of mange, they had to think twice about what type of bedding and materials to use. They did not want to irritate Eve’s skin even more. Also, mange is very contagious, so they had to be sure to make it as sanitary as possible.

Once Eve arrived at FFAWC, she was put in her own sanctuary to recover. She quickly won the hearts of the volunteers. Eve is on the road to recovery, but it will take time. The staff believes she will make a full recovery. When she is completely healed, FFAWC will release her back into the wild. 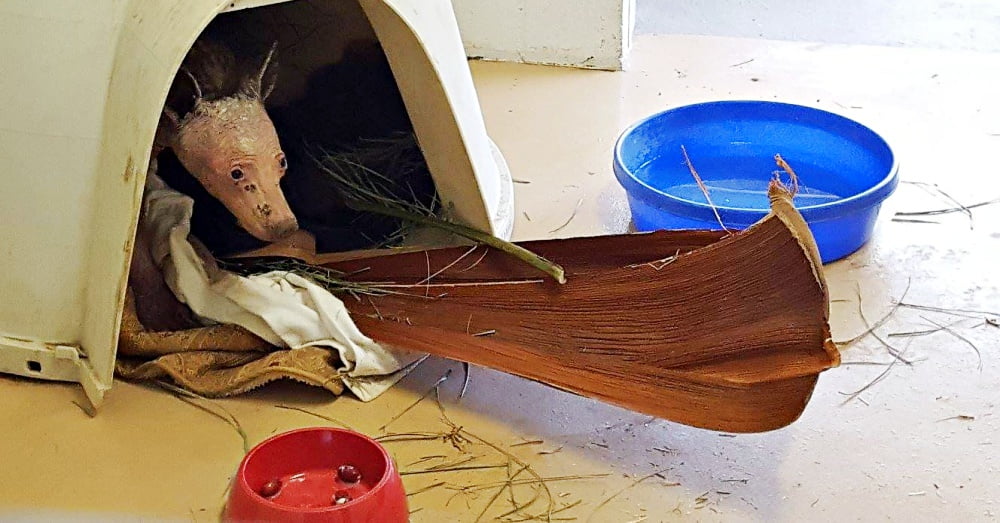 The staff at FFAWC posted on her recovery, “Each day she explores her room and begins selecting items to shred and drag into her igloo to build a nest for the night. She’s quite diligent and it’s always interesting to see what she ends up with.”

Until that time when she is released, she is enjoying her space and all the fresh fruit, especially apples. In the video, she takes each apple back to her nest.

Thank you to all the volunteers that helped save and rehabilitate Eve.

Check out the video of Eve at the FFAWC sanctuary below.

UPDATE: Eva is doing well and will live the rest of her life in a sanctuary. Watch her transform back into a happy healthy bear in the video below.

Parents of 12 working multiple jobs to support their family get Christmas miracle from stranger
What do you want to get from your Secret Santa?
0 823