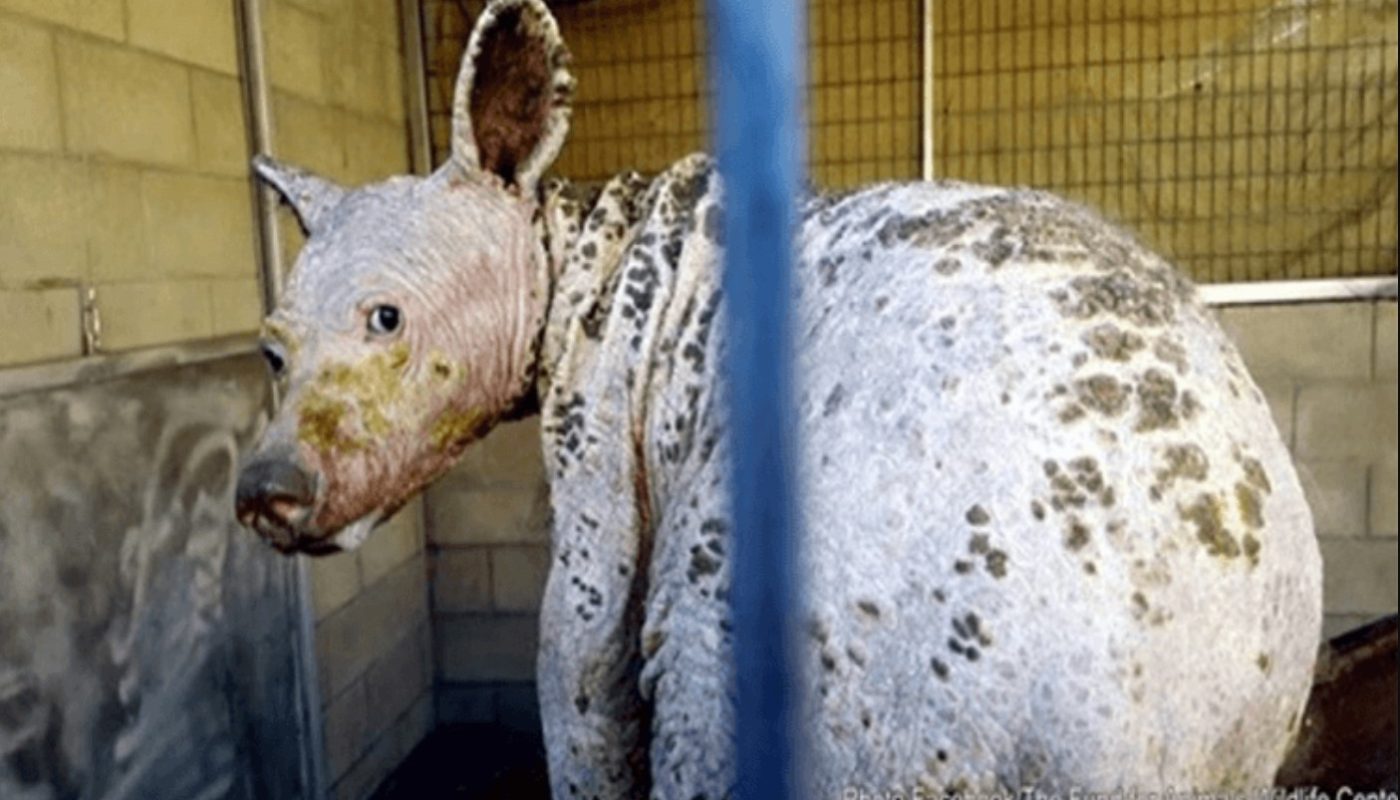 According to The Humane Society of the United States, a young black bear was found without any hair on his skin. The bear was digging in the trash. 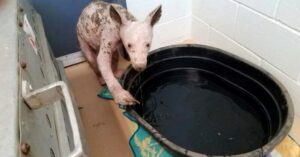 The bear was taken to the California Department of Fish and Wildlife who in turn contacted The Fund for Pets Wildlife Center (FFAWC).

The poor bear had very dangerous disease mange. The mange was caused by various mites in the skin. The poor bear needed a very long and careful treatment. However, the caretakers were very attentive to the bear and he would soon feel better. 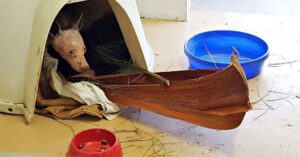 The bear would get the treatment and would live in the shelter as much as needed. After being healed completely he would be released into the wild.