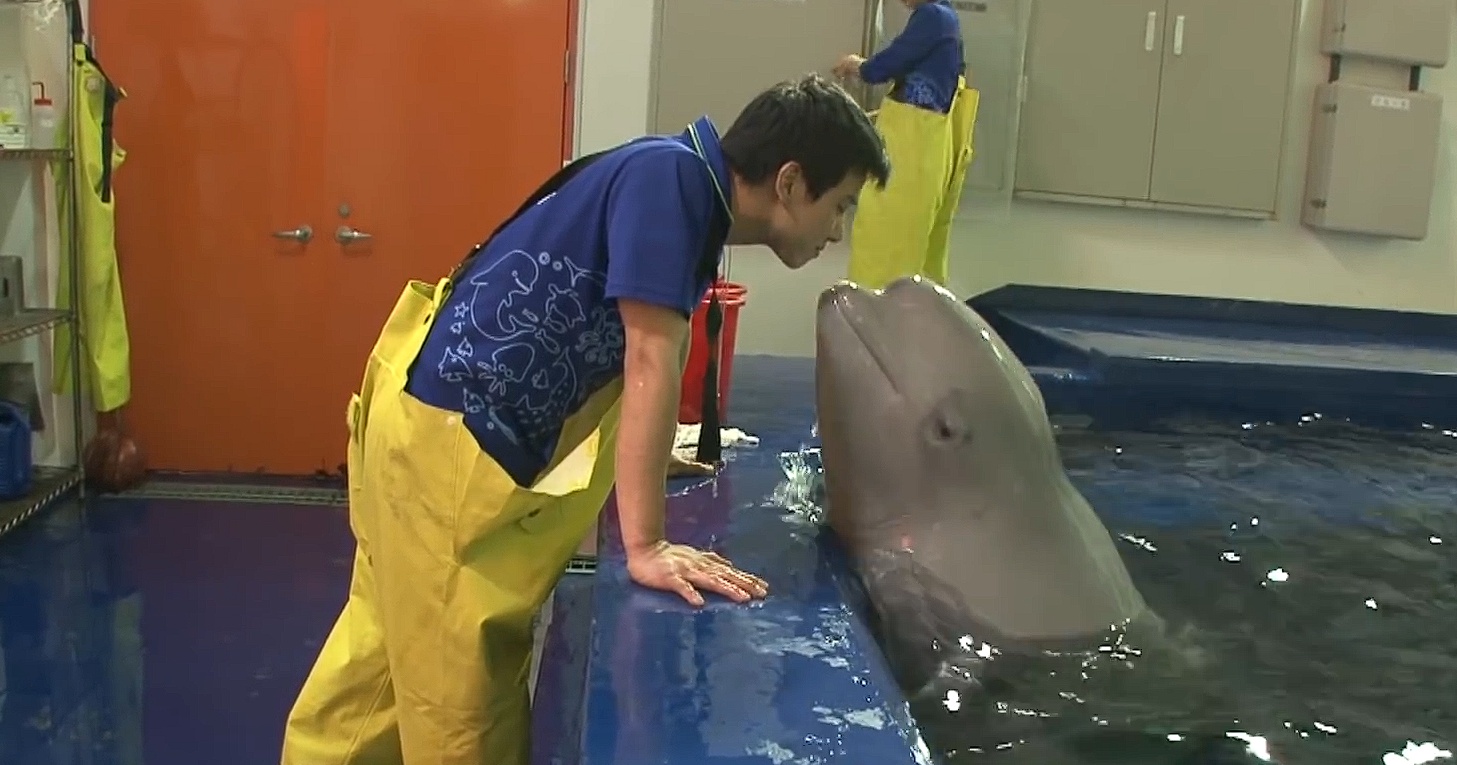 In an aquarium in South Korea, a female worker gets “spat on” by a whale.

With the room filled with playful whale squeals, the staff laughed off the “offense” against their female co-worker.

Then, without warning, the whale showered the same aquarium staff with water.

The beluga whale is known as Tina, and Tina can be a jealous partner as to how she treated the female aquarium staff.

Tina likes one of the male staff.

In a video taken in the aquarium, the female worker wasn’t really doing anything toward the whale but it still sank down, got a gulp of water, and then spat it out.

The staff member claimed that Tina was doing that because she was standing close to the whale’s favorite male worker.

It’s hard to believe at first but her behavior seemed consistent. Tina would always giggle and “smile” when her favorite handler comes by.

She then allows herself to be showered with affection while also watching anyone who comes close.

The staff member said that it all started when they took Tina into the aquarium.

She had a hard time adjusting.

Her environment was new and she was surrounded by strangers. Then, the man said that he helped Tina adjust through this phase.

He gave her attention and training.

Soon enough the whale warmed up to him and then eventually became clingy and jealous.

Instead of popping out of the water and kissing their lips just like how she does it with her favorite man, the beluga whale just turns away with a huff.

The male team also joined the test to see if she hates a specific person or just the females.

In the end, whenever they say “hello” or ask for a kiss, the beluga whale just grunts in disagreement and leaves.

They were even used during the Cold War for submarine operations.

They are suspected to mimic, much like parrots, human speech but not as perfectly as their avian friends.

In some footage obtained by the Smithsonian Magazine, they saw beluga whales receive hand and verbal signals before diving underwater.

So it’s not really surprising that Tina behaves this way around her handlers.

But to finally release her from this kind of attachment toward her favorite worker, the aquarium decided to finally acclimatize her to other beluga whales.

The staff said that she should eventually meet her kind so it would be easier for the pod to accept her.

In the end, they watched how Tina slowly warmed up to the two male whales.

After moments of sizing up each other, they eventually shared a toy and swam together as a pod.

Hopefully, she wouldn’t feel as lonely now and in the future, she would finally stop spitting water on staff members of whom she’s jealous of.