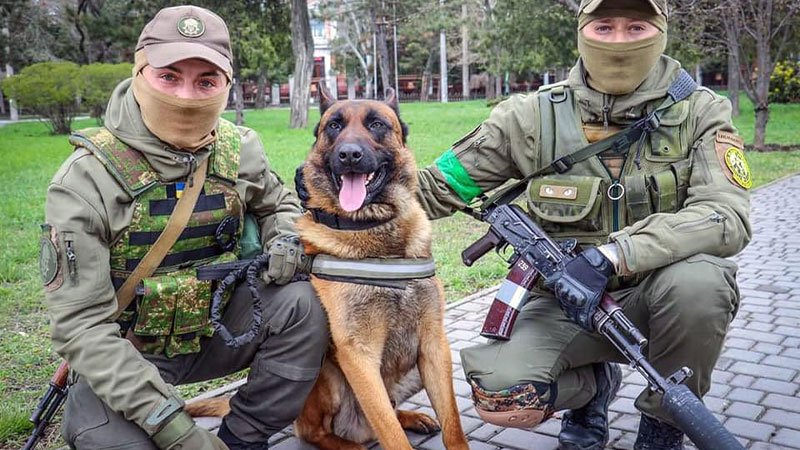 A new recruit and perhaps the most unexpected of all has managed to catch the attention of thousands of people worldwide in the midst of everything that occurs on a daily basis among the Ukrainian troops: a former Russian soldier’s companion dog who “changed his side” after being saved by Ukrainian troops. This is Max, a Belgian Malinois puppy who was formerly a member of the Russian army. Max is three years old.

The dog was raised to health by Ukrainian soldiers, educated to comprehend Ukrainian, and is now an expert at detecting out explosives and booby traps. Dmitry, a guardsman from the Ukrainian National Guard, stated to the Daily Star:

Max will now protect Ukraine and eat the asses of Russians while serving on the right side.

The fact is that the soldiers were shocked to see the dog left to its destiny; not only was it cruel, but they also thought combat dogs were important since they were already expertly trained and frequently formed close bonds with their handlers. “Max has developed into a true guard favorite. Why the Russians would abandon such a cute animal is beyond our comprehension. Dogs are adored in Ukraine and regarded as members of the family. Max, it seems, was a member of the Kremlin forces that had seized a village in the Mykolaiv area close to the Black Sea. The dog seems to have been left behind when Mad Vlad’s soldiers fled, and he made it through this period by surviving on spoiled food.