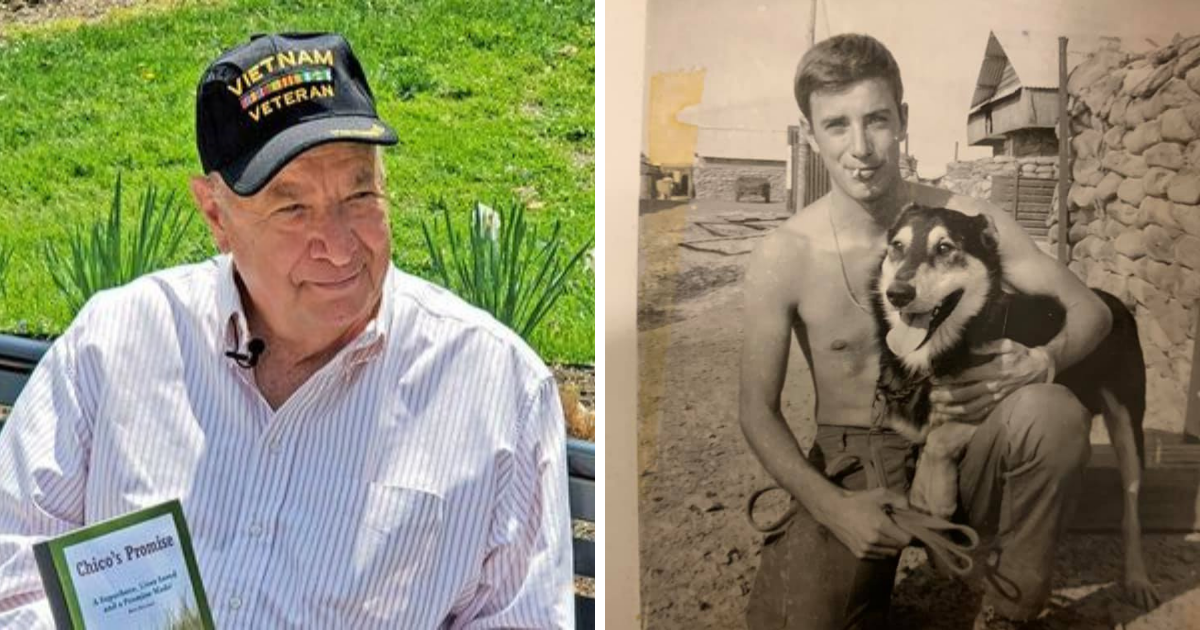 They say a dog is man’s most loyal friend.

This statement is true for Mike Monahan and his dog Chico.

Chico was not originally Mike’s dog.

He grew up with a family in North Carolina when they discovered how Chico was very overprotective. They thought of volunteering him and attend a Scout Dog Training in Georgia. It was the family’s honor that he was shipped to Vietnam upon the completion of his training.

This is how Chico and Mike came across each other.

There, they become partners and best friends. Mike fondly recalls his memories of Chico during their time in Vietnam.

“It was really a committed relationship between Chico and I for a whole year, and on top of that, he saved my life,” Mike said to WCPO.

But Mike lives on carrying a feeling of guilt – leaving Chico behind.

Scout dogs in Vietnam were trained to alert the patrol team to tripwires – a brave duty that Chico did to save Mike and the rest of the group. Unfortunately for Chico and 4,500 other dogs, they were left behind when the U.S. Military in Vietnam had to pull out.

To make amends for his guilt, Mike promised something…

That is a thousand dogs for every year since Chico’s death which was 50 years ago. So, he thought of the best way to raise funds – writing a book.

Mike has had published several titles.

He wrote “Occupy Your Future,” “Your Future is Stick in Your Past,” “Seven Simple Truths,” “Row, Row Your Boat,” and “From the Jungle to the Boardroom,” which is his book about his experience in Vietnam. But one book remains unpublished, waiting for the right time.

This year, Mike started a Kickstarter campaign for “Chico’s Promise.”

He shared that the book is about Chico and bringing his voice to the world, giving readers a whole perspective of Mike’s guilt. Based on the excerpts he published and revealed online, the book will definitely be heart-wrenching.

He wrote on his Kickstarter campaign about the book:

“My dream is that millions of people will read Chico’s story, fall in love with him, become inspired, and join forces to improve the treatment of dogs by eliminating abuse and abandonment.”

It seems like Mike feels guilty about leaving Chico behind.

But here he is, starting to make a difference in the world which he knows Chico would be proud of. He pledges to use a portion of the proceeds from the book sales to help local and regional shelters to help with adoption and other fees that come with it.

This way, Mike knows he is helping other dogs to have a forever home.

This is one big step for Mike to remember and honor his beloved dog, who saved his life. Indeed, the bond between a pet and his human is indescribable. And when one loses the other, there will always be a pang of pain and guilt.

And that is something that Mike hopes to let go of when he publishes this book finally.

If you want to help Mike and his cause, you can check out his Kickstarter campaign. The book is now in its final steps before publishing. His target release date is in July.

You don’t only get to buy a book with a touching story; you can also help save a dog by giving him a chance of a home.