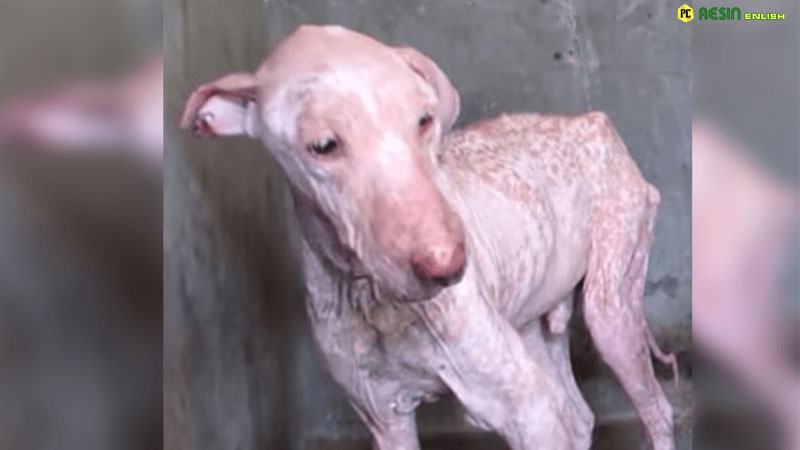 A homeless dog had been living a bleak life filled with multiple uncertainties, writes ilovemydogsomuch There was never enough food or medical aid for him. But what he really desired was a sense of belonging. However, all his hopes were washed away when he got sick with severe mange. The poor dog realized that he had become “untouchable” due to the dreaded disease. People would look down on him with disgust, while his various oozing wounds never let him rest comfortably. He felt defeated, and curled up in a corner of the road in despair.

One of the staff at “Animal Aid Unlimited” discovered the dog’s plight and took him to the shelter. But by now, the dog was so weak that he refused to lift his head or consume any food. He had given up all hope in life. The volunteers diligently kept cleaning his wounds and caressing him with love. The heartbroken dog had no idea how to react to the sudden compassion coming from humans. Slowly, he embraced his caretakers, regained his appetite, and embarked on the road to recovery.

After 10 days, the dog’s skin was significantly healed, but the rescuers kept his treatments running. Two months later, the dog was completely healed and scampering about the shelter like a ray of sunshine! What an incredible transformation! We thank the wonderful heroes who selflessly worked together to save this lovely boy. What a miracle!