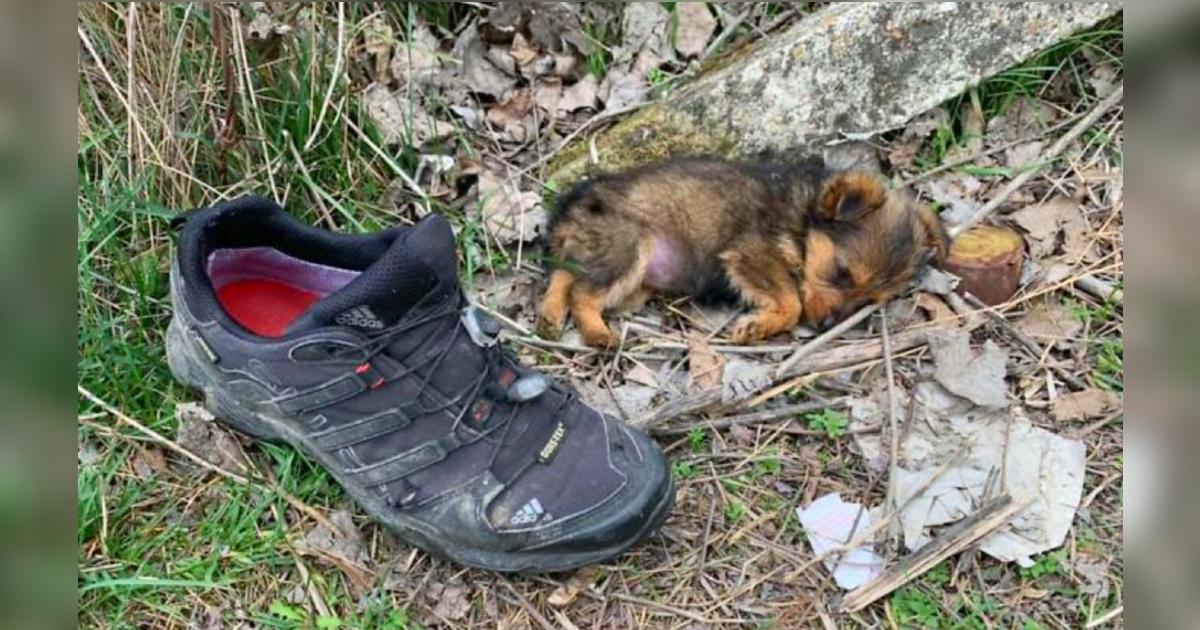 A tiny life was saved, just in time.

Cold, hungry, and exhausted, one little stray dog didn’t have long living out in the elements alone. Lucky for her, a very caring man happened to find her and saved her life.

Goran Marinkovic, from Serbia, is a champion for stray animals and works tirelessly to care for those in his community. He actively feeds over 100 stray animals out of the goodness of his heart. When he found the little pup in March, he had to do whatever he could to give her a better life.

Just days old, the puppy was using an old shoe for shelter.

Goran took photos of the dog when he found her. The photos show the shoe that she was living in and the difficult conditions in which she was barely surviving. “Passing a narrow pathway, I heard crying coming from the rocks…she was cold, hungry, and thirsty. I had food, so right away I gave her salami.” – Goran told The Dodo

The little pup gets a name.

Goran named the sweet pup Coco. When he discovered her, he looked all around for the mom or siblings but unfortunately, Coco was alone. She did the best she could to survive on her own but was more than happy to accept help from the caring human. “She was exhausted. She knew that I might be her only chance, so she lay down and surrendered to fate.” – Goran told The Dodo.

Thanks to Goran, Coco’s about to get a ‘life re-do.’

Goran made up his mind once he saw the sweet dog that he would try to save her. He took some salami out of his pocket to give to her and she ate it up happily.

Finding a forever home for Coco.

The next step was to secure a loving home for Coco. Goran noticed right away that Coco was a very friendly little dog with a sweet and cheerful personality. She was great with people so she would make an excellent family pet.

After posting about Coco’s story, Goran was tasked with narrowing down the list of interested parties that wanted nothing more than to adopt Coco. After much thought and deliberation, Goran found a home for Coco in Germany. He told The Dodo that he is still checking in on Coco to see how she is doing.

Coco has come a long way.

Coco has really thrived with her new family and it’s hard to believe she is the same dog. From barely holding on to life at a very young age to being rescued by a truly selfless person and then adopted by a forever family, Coco is a success story that inspires us all.

“Every rescued dog from the street who finds a home is a victory for me,” Goran told The Dodo.

Coco is so lucky that someone cared enough to help and we hope Goran continues his amazing work helping animals.