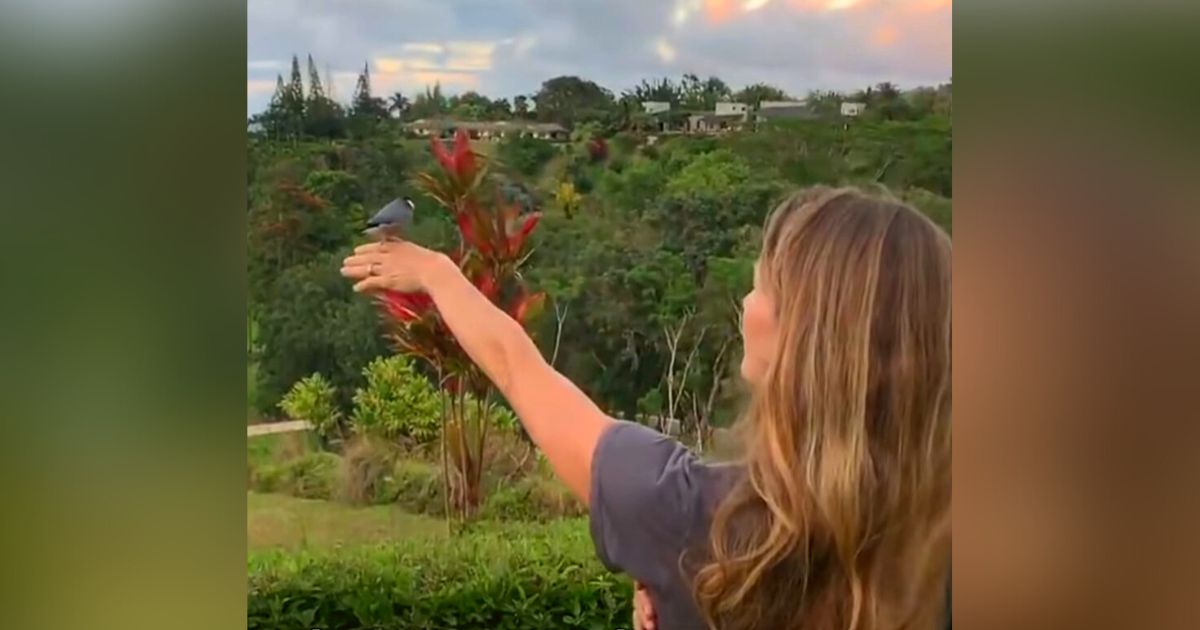 Carol Dumeyer and her husband, Dave Brune, live in Hawaii. They enjoy the climate, the fresh air, and the abundance of nature.

And they learn more about living with nature each day.

One day, Dave went down the hill from their home. He went to Secrets, a beautiful and popular beach known to the locals.

It was a beautiful day in early spring, and he was enjoying his walk.

Then he saw something on the ground.

He inspected it and saw that it moved. So Dave picked it up.

It was a tiny bird.

Thinking that it had fallen from its nest, Dave looked for its family but failed to find them. He went home and asked Carol to help him.

They already had rabbits, a cat, and a dog that sadly passed away before meeting the tiny bird.

Dave asked his wife to help him find the baby bird’s home, and they tried. Unfortunately, there was no nest nearby.

They went back home and started nursing the tiny bird. Carol had to feed the baby bird every two hours. It was a lot of work, but she loved what she was doing.

The couple found themselves in love with their foster bird.

Carol and Dave took the responsibility of raising Mr. Snuggles. They soon saw his transformation as his feather pattern changed color.

Mr. Snuggles is a Java finch, a popular Java sparrow native in Bali. Because it was her first time raising a bird, Carol had to do some intensive research.

She wanted to introduce Mr. Snuggles to his natural habitat and know that he’s a bird.

She also taught her cat to be gentle with Mr. Snuggles.

Her rabbits were also curious about the bird, but they weren’t aggressive, so that wasn’t a problem.

Because she wanted the best for Mr. Snuggles, she introduced him to his flock, but he didn’t want to leave.

With more research and patience, they created a routine that worked best for the lovely bird.

Mr. Snuggles would stay in Carol’s home during the daytime, and at nighttime, he would fly outside and sleep with his small flock.

In the morning, he would fly to Carol’s window and sing to her until she woke up.

Carol would also feed the small flock of Java finch.

According to her, she doesn’t even recognize who Mr. Snuggles is when he’s with his small flock.

Though she would just call him by creating a couple of clicking sounds, and Mr. Snuggles would turn to her or come to her.

Last May, Carol posted an update.

It broke many hearts but also made us realize that Mr. Snuggles decided to join his flock and explore a new phase of his life.

Carol said that they moved to the other side of the island, and Mr. Snuggles struggled to adapt at first.

However, after many days, he started enjoying his newfound freedom.

One day, he went to sit with his flock and they flew together while singing a happy song.

They took off and that was the last time the couple saw him.

See more of Mr. Snuggles’s special relationship with his “family” in the video below!