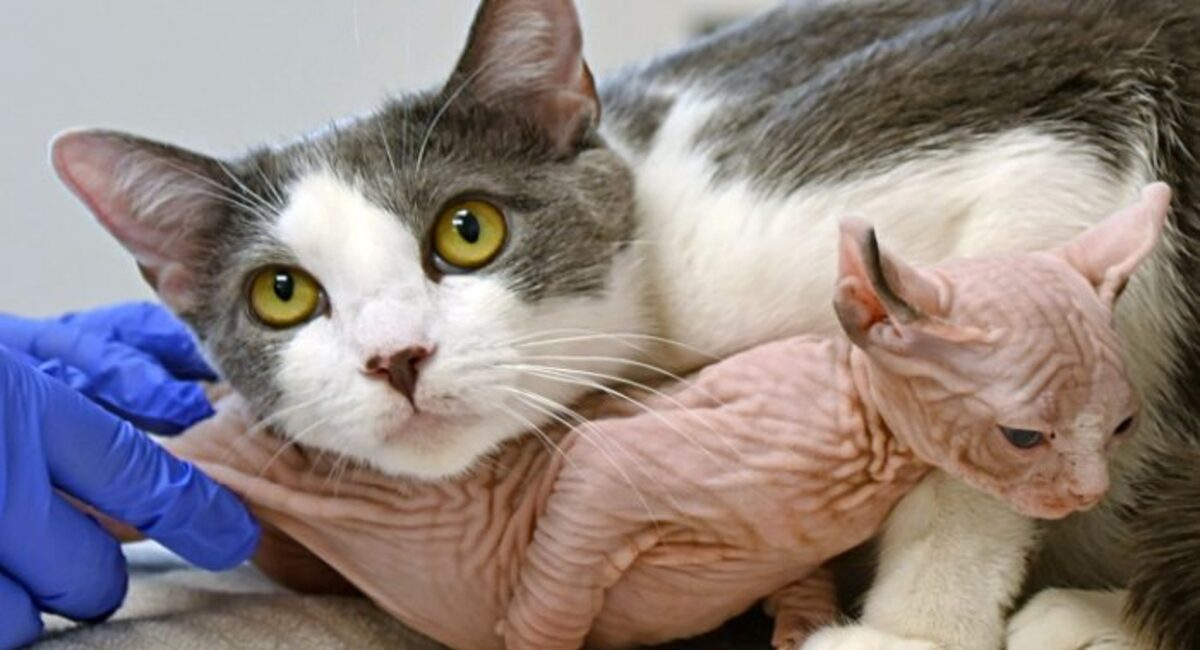 After being rejected by her mother, a newborn sphinx named Lavender was taken to an animal shelter. 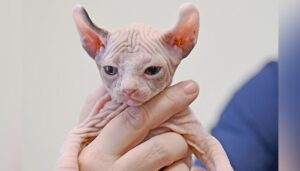 The caretakers started bottle-feeding her but she still needed her mother’s care. Fortunately enough, another mother cat from the shelter named Arina began showing some interest in Lavender. 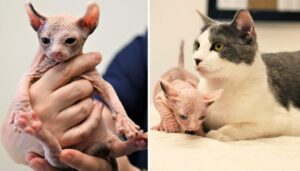 As Arina gave birth to a litter of kittens she was not indifferent to Lavender too. Soon the caring mother began to treat Lavender as her kitten. Not only did the mother cat give the kitten breast milk but also she was very affectionate towards her. 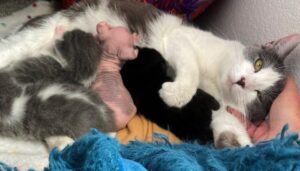 Such cases in animals show how kind they are and how much they can love each other even having so many differences.