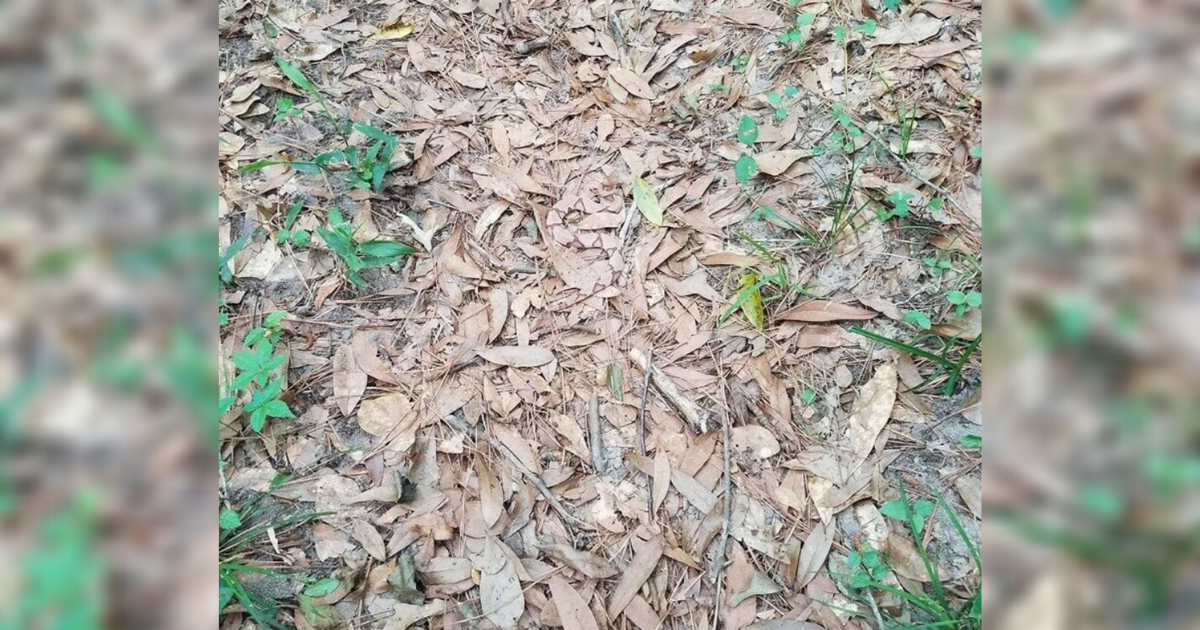 The animal kingdom can most definitely be very interesting and intriguing sometimes, as a recent tweet by a herpetology student has shown.

Plenty of organisms can camouflage themselves, which is sometimes also referred to as ‘cryptic coloration’.

This especially applies to snakes.

The idea is simple: these animals or organisms can alter their appearance.

Usually their exterior colors, in order to blend in more naturally with the entire environment.

This way, they can stalk up on prey, stay unnoticed by predators, hide where they are, or keep their movement hidden.

It’s a practice that is seen in numerous different animals: owls, walking leaves, foxes, chameleons – and even snakes.

Camouflage has proven to be quite useful for snakes, as a lot of their habitat is threatened by humans. At younger stages in their lives, snakes are actually easy prey to a number of different animals as well and use camouflage to cope with their fears.

Some venomous snakes are also being hunted and caught by humans, in order to create antidotes for their venom.

“They need camouflage not only to hide from their predators but to sneak up on their prey so their prey won’t run away. Some snakes can go under the sand and look like sand moving in the wind but you can see the snakes by looking for s-shaped marks in the sand but leave those marks where ever they move,” a website about venomous snakes writes.

“Some snakes that live in rich canopy foliage in rainforests and woods blend in perfectly with the green environment and that is why most of their prey never gets away. One special snake called the Asian Pit Viper can contract its belly so it can literally glide on tall grass. Because it almost completely green it is impossible to see and the prey never will see the attacker.”

It’s the camouflage abilities of snakes, in particular, that has recently shocked Twitter and the internet.

Herpetology doctoral student Helen Bond Plylar from Florida, who specializes in phytons, shared a picture on her Twitter timeline that has already been seen around the world – with plenty of people even being in disbelief.

At a first glance, we can only see some leaves on the ground.

But take a closer look and you might even be surprised because there is a snake hiding in this picture.

Granted, the reptile’s camouflage is certainly well done, and you might even say that his appearance blends in almost perfectly.

Of course, this makes it very hard to spot him, and a lot of people on Twitter who came across the photo didn’t even know where to start. We’ll only spoil the location of the snake at the bottom of this article, so feel free to give it a shot yourself.

The internet definitely didn’t think it was an easy task either.

With over a thousand comments on the original tweet, it’s safe to say that this snake’s camouflage skills were pretty shocking. As Helen posted herself in a follow-up tweet, “These guys are seriously sneaky!”.

Even though the doctoral student posted the photo, it was actually made by Jerry Davis of Texas.

Pretty sure he had no idea that this picture would be seen by hundreds of thousands of people looking for a snake!

Interestingly, there were also plenty of comments of people thinking they’ve found the culprit, only to discover that they weren’t right at all.

“Honestly… I spent 5 minutes looking and I could not find it. In the end I cheated!” Laurene commented.

“Ok found it. It just appeared magically though. What I thought was a snake wasn’t” Anthony Siciliano commented.

“I couldn’t find it after enlarging the picture, no more hiking for me” another wrote.

One person thought that this was the perfect reason to always wear jeans or boots when you’re out in the woods:

“Top reasons why you should wear jeans or boots in the woods! #spotthesnake“

Curious to see the result yourself? Let’s take a look at where this sneaky snake was hiding!

Were you able to find this sneaky snake quickly? Let us know in the comments!

Parents of 12 working multiple jobs to support their family get Christmas miracle from stranger
What do you want to get from your Secret Santa?
0 802