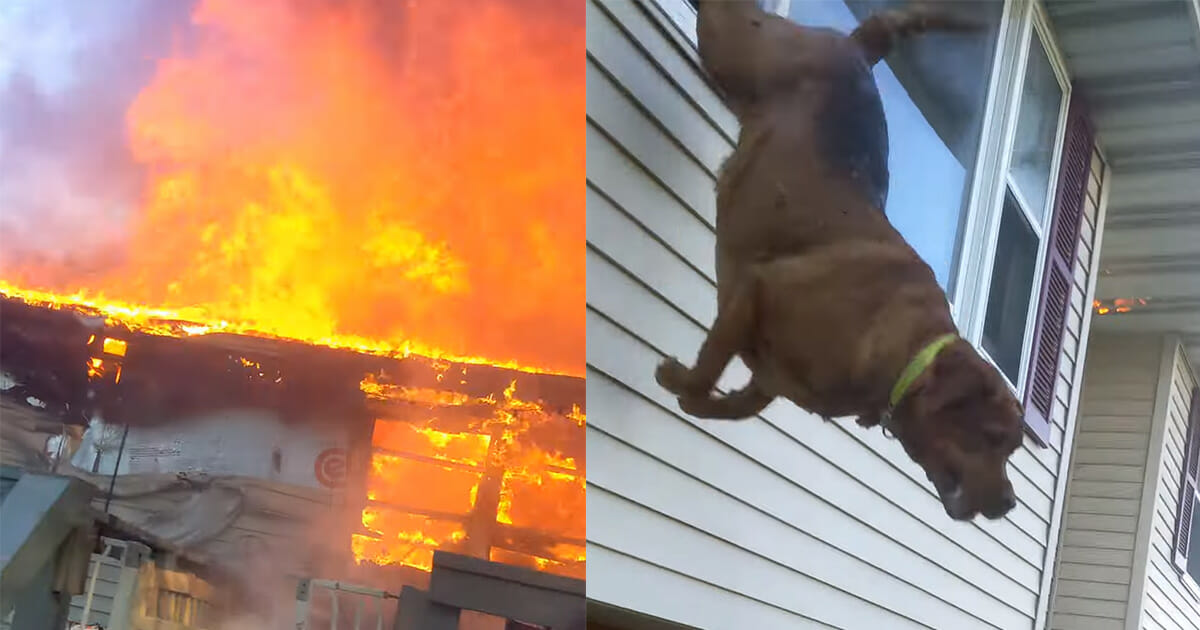 Cats are supposed to have “nine lives” because of their ability to always land on their feet securely. However, this dog proves that not only cats can jump from high buildings.

The brave dog jumped from the second store as their home was burning and the only exit was the window. 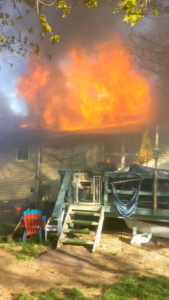 Justin Steinmetz spotted a smoke-filled home in Fleetwood, Berks County. He noticed that there was nobody inside as the adults were at work and the children were at school. So Justin tried to get help. He asked another driver to call 911. 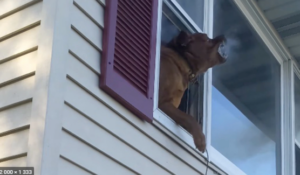 The help was not delayed and the firefighters started their usual order of activities. But things got a dramatic turn when the firefighters noticed the family dog, Charlie, at the second store window. The dog wanted to escape. 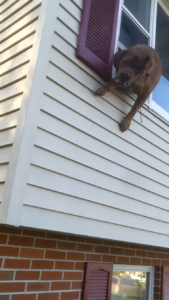 The firefighters coaxed the dog to jump from the window. The brave and clever Charlie made a heroic leap and finally got out of the burning home. Later on, the family’s other pets were saved too. But the photos of Charlie’s heroic leap went viral. The family had lost almost everything at the house but was glad to see their pets and Charlie safe and sound.