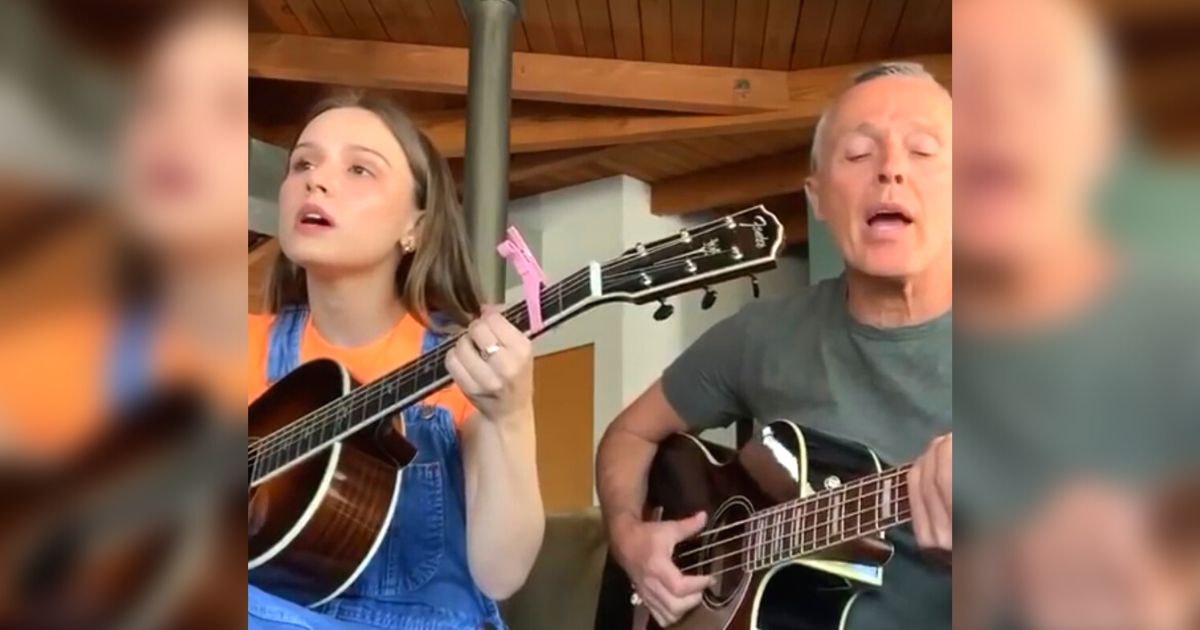 Now that the pandemic is ending, the last two years feel like a distant memory.

It was a time when we learned how to be introverted as one city was locked down after the other. The surreal experience forced us to be more creative with how we’d spend our time.

One of the things that musicians did was perform. It was a good way to keep art going despite the circumstances while also giving fans a different and fresh version of their favorites.

In a video, Tears For Fears’ Curt Smith treated their fans with something special.

The new wave band hailing from the United Kingdom gave us unforgettable hits from the era like “Shout” and “Everybody Wants to Rule the World”.

They remained to be favorites and were used in different films and TV series.

One such movie is Donnie Darko.

The movie featured a slowed-down version of another hit- “Mad World” and introduced the band to a contemporary audience.

During the pandemic, Curt Smith performed the song with a very special guest.

Right beside Curt Smith with a guitar of her own is his daughter, Diva.

The duo made a perfect unplugged rendition of the song and was a sure hit, not only with the older generations but with the younger fans as well.

They started with skillful plucking.

Cue Curt Smith’s soothing vocals. His daughter soon joined in as the second voice which proved that musicality runs in their family.

The song fits the acoustic tune and the soft vocals because it was written so.

In an interview with The Guardian, Roland Orzabal, the writer behind the song said that it was written with an acoustic guitar.

Orzabal was listening to Duran Duran’s Girls on Film. The original version of the song was much more upbeat which made it sound awful on the guitar.

Curt Smith, however, conceded that the slowed version also sounded great. He also praised the lyricism of the song as something very relatable despite its gloomy and dark nature.

A sentiment Tory Burch agreed with.

In the video’s caption, she said, “Hard to imagine a song that seems more relevant right now.”

She also shared that the song was something she grew up listening to as it was played over and over again.

Tory Burch is a well-known fashion designer and philanthropist. She is also Curt Smith’s personal friend which is why she has a copy of this performance.

A song filled with memories

But no matter the tune and the lyrics, Curt Smith also has good memories of the song.

He shared with The Guardian that the song was an unexpected success. They also made the music video in a country estate in Bath and the overall production cost was low.

It was a family affair

During recording, they bussed their friends and family to the estate where they spent quality time.

In the music video, the woman having a birthday party is actually Smith’s mother.

Now, he has new memories of the song but this time, it was an amazing and heartfelt duet with his daughter.

See Curt and Diva Smith share their rendition of ‘Mad World’ in the video below!