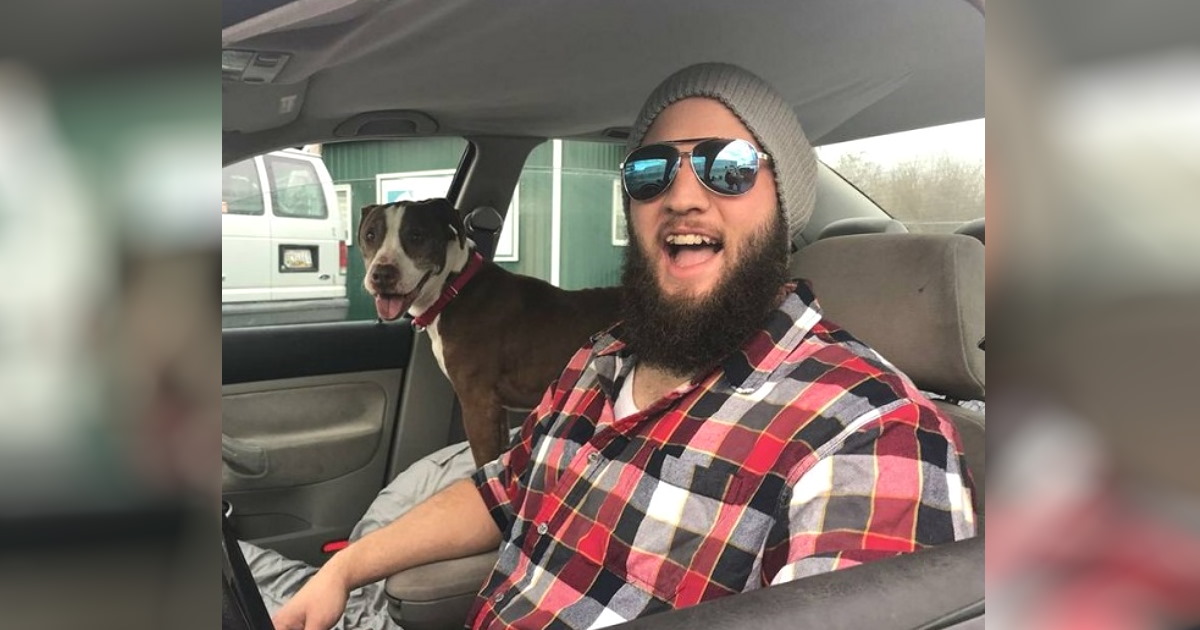 Have you ever imagined that there is such a thing as a “pet epidemic?” You read it right!

American Humane Association reported that one out of every three pets becomes lost at some point in their lives.

There are nearly 10 million dogs and cats that are lost or stolen in the United States each year.

In a post by Peeva that is committed to resolving the missing pet epidemic, they mentioned that,

“According to the Coalition for Reuniting Pets and Families, less than 23% of lost pets in the U.S. are reunited with their owners.”

Fortunately, the puppy had a microchip.

Blue Oasis Veterinary Clinic defines it as a small device, about the size of a grain of rice. It is injected with a sharp needle at the side of the neck and remains inside the pet for the rest of its life. The microchip contains only a unique number and no other data.

Then the Caroline County Humane Society in Maryland was able to determine the dog’s origin.

They identified the dog’s name as Zimba, and he’s from Wichita, Kansas.

Volunteers at the humane society were eventually able to contact the fur parent. And it was then that they learned the dramatic story of how he ended up in Maryland.

The dog’s mother informed them that her boyfriend had taken the dog on a trip. However, while they were away, the couple broke up.

According to WJZ CBS Baltimore, the boyfriend allegedly abandoned Zimba in Ridgely, Maryland. Then he stopped returning any phone calls from his ex-girlfriend.

Zimba’s mother had been searching for him since his disappearance.

She was relieved to learn that he was safe.

But because of her job and children, she couldn’t see how she’d be able to make the more than 1,000-mile journey to pick him up.

“We even contacted the Humane Society where his mom had originally adopted him. They did not have a solution for us either.”

Zach used to work at the shelter, as does his girlfriend. When she told him about Zimba, he offered to drive the puppy 1,000 miles back to Kansas.

He claims to be a bartender who only works on weekends, so he had the entire week free and thought, “Why not?”

That was the start of Zach and Zimba’s great adventure.

Their trip was posted by the humane society.

Zach has not requested anything in return for his journey. But the community chipped in to help pay for gas and lodging. At that time, Zach documented their journey with photos and videos, which the Caroline County Humane Society shared on Facebook.

Eventually, Zimba arrived at his destination and was once again in the arms of his mother.

“Zimba … safe and content. We would like to once again thank all of you who have followed, supported, donated and cheered on Zach and Zimba during their awesome adventure. And, of course, we can never thank Zach enough for driving all the way from Ridgely, MD to Wichita, KS to make one family’s…. and one dog’s… Christmas wish come true. There truly is no place like home.”

The animal shelter said that,

“Hopefully we can all take a lesson from this… as Zach said in his interview, using the words of his friend Ben Cahall…. we should all JUST TRY. We can all make a difference. No matter how large or how small.”

They also added that:

“And remember: microchips do work! Zimba would never have found his way home without his…and his mom had properly registered it and kept information current!”

Zimba’s life is once again full of joy!

Watch the video below of the amazing road trip across the country to reunite a dog!

Man interrupts dog adoption photoshoot yelling”Those are my dogs!”
There are some moments in our lives when the unexpected
0 397