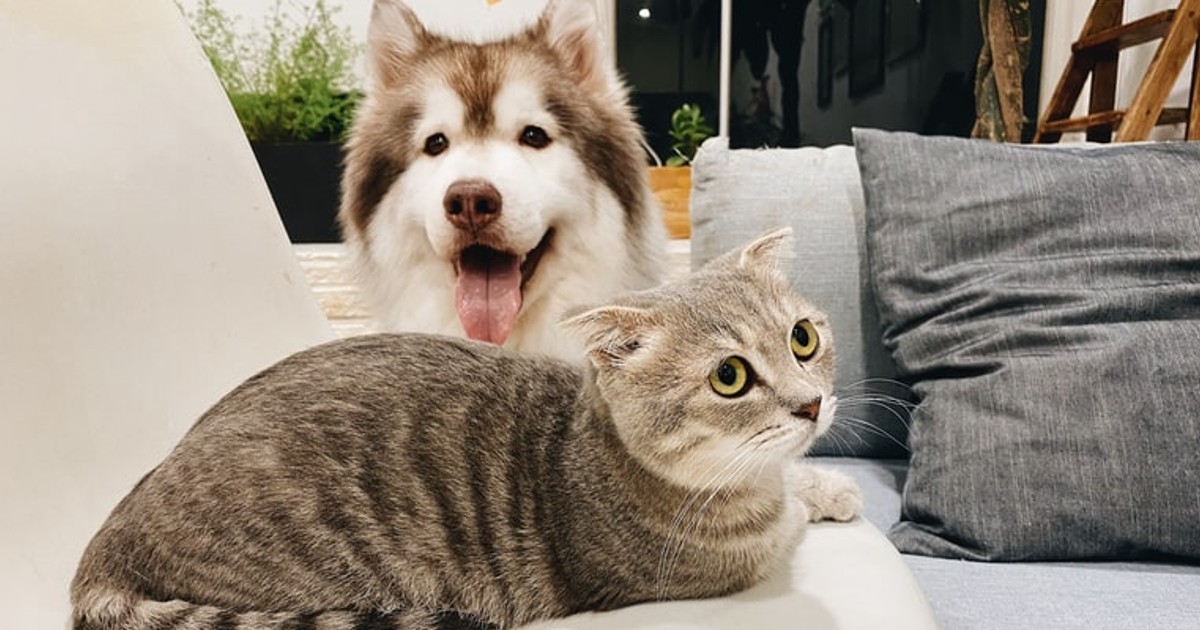 When you think of tales of star-crossed lovers, the first one that probably comes to mind is Romeo and Juliet. But this story of a dog and cat may give Shakespeare’s couple a run for their money — although thankfully, the dog and cat’s story has a much happier ending.

These two animals loved looking at each other through the window.

It all started one day when an unaware cat owner found a mysterious message on their window. With that note, the owner was suddenly informed of a romance that had been blooming right there, in the proximity of their very own home.

The note, dated September 4th, begins, “Dear Neighbor, this is going to seem ridiculous, but I thought you should know that my dog (who lives next door at [address] with me) is madly in with love your cat… and has been for probably 6 months!”

Not all animals are enemies

Now, it may sound bizarre, but cat/dog friendships and romances are more common than you would think.

Take this adorable pair for instance:

Every cat and dog is different

The Dodo says that “the age-old spat between these two species is mostly fiction.”

But if a dog manages to learn the cat’s body cues (while the cat learns it can be in the same space as the dog without being attacked), The Dodo says they can begin to form an amazing friendship.

Who knows, maybe the fact that these two were separated by the window actually helped their romance blossom.

The cat could get used to her admirer’s presence while being protected by the glass, and the pup could learn her cues through his 6-months of enamored observation.

Whatever the case, the story gets deeper.

Apparently, the cat’s owner had recently put potted plants up in their window, blocking the dog’s view of his beloved kitty friend.

“Now that you have potted plants there, he is heartbroken… but he keeps looking for your cat every time.”

“Maybe your plants could switch to a different window??!”

Now, the cat’s owner could have simply ignored this request; realistically, they had no reason to let a neighboring dog dictate their decor. But instead, they decided to comply, moving the plants for the greater good of the neighborhood.

Since the plants have been moved, the cat’s owner has taped a follow-up note to the window in response.

It reads only, “For true love.”

This is truly the sweetest love story out there! We’re so glad the two get to keep looking at each other.