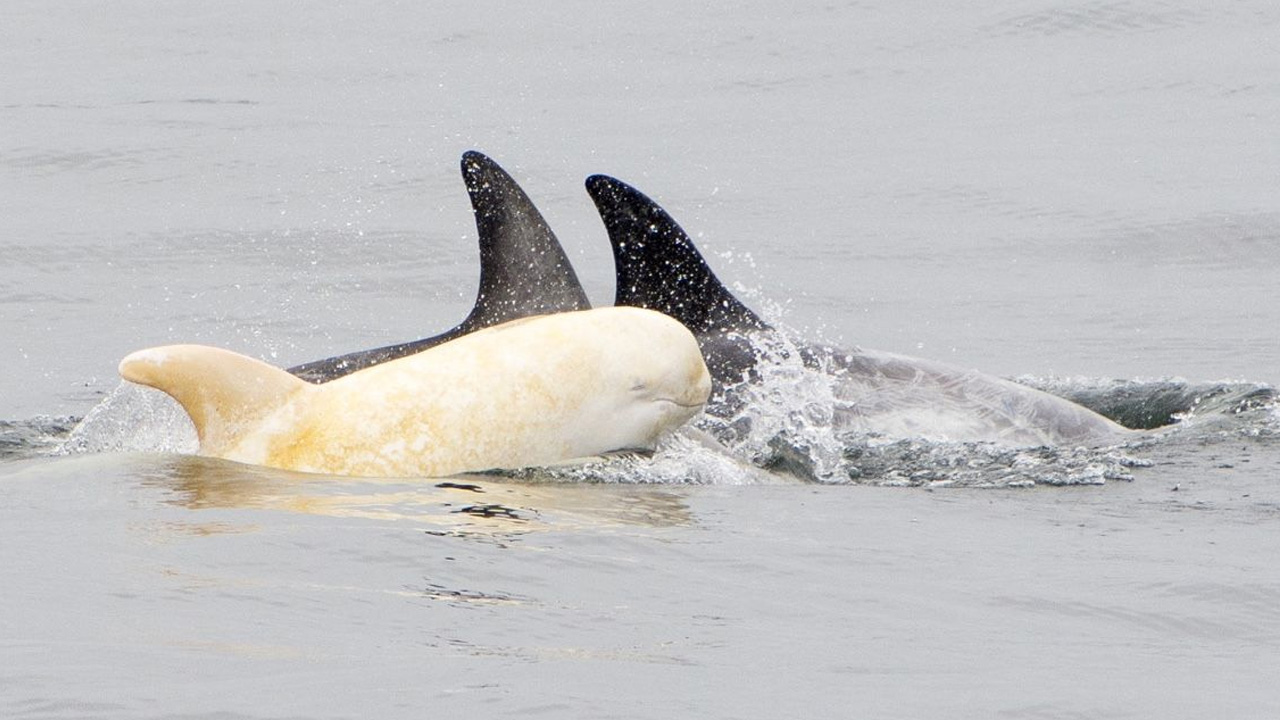 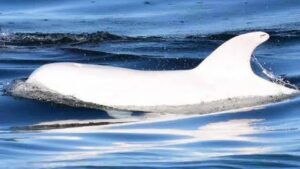 The dolphin was swimming in a pod of around 50 various dolphins. It was an amazing sight to see so many dolphins swimming and one is so unique and attractive that will grab your attention first of all. 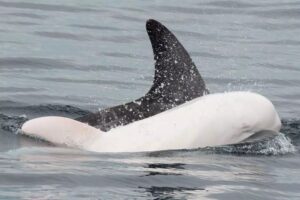 Though the albino animals have some health problems such as sensitive skin and bad hearing and eyesight because of the lack of melanin this juvenile albino dolphin looks very healthy.