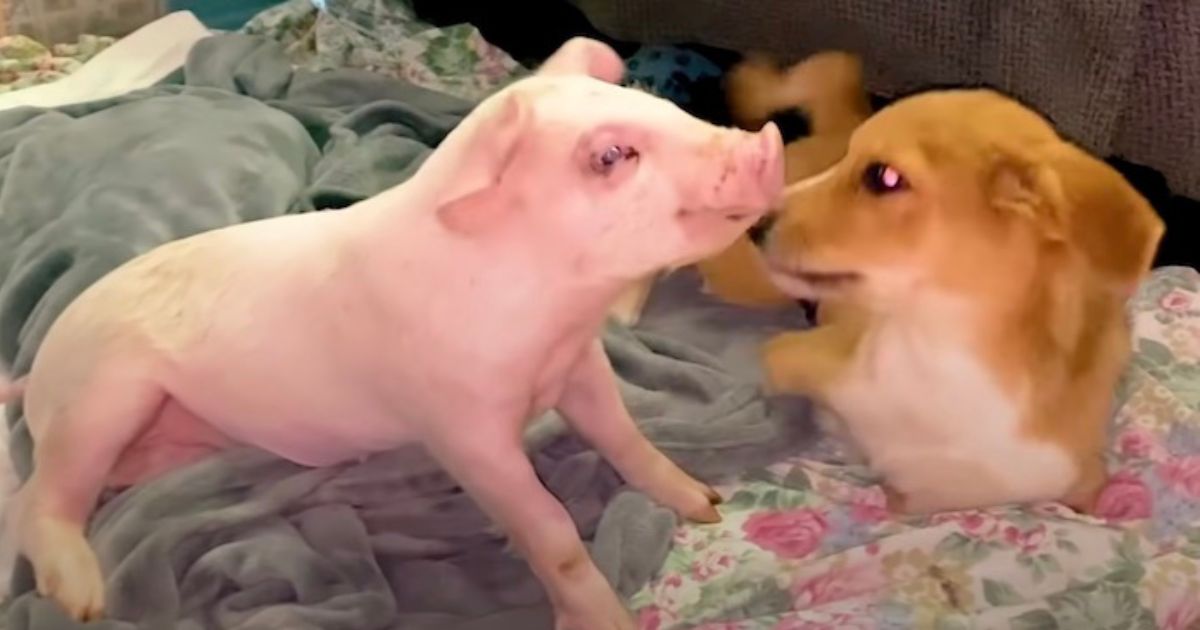 Winston, or Winnie the Roo, is a rambunctious and playful little puppy. He’s also missing most of his front legs and his sternum.

He didn’t develop properly when he was still in his mother’s womb.

It’s located in Ontario, Canada with his human family, his dog siblings, and a whole lot of other animals.

But since he has a few deformities that required surgery, he didn’t get to play with his dog siblings and the other 200 animals as much as he wanted, to avoid any medical complications.

Winnie doesn’t know he has deformities.

All he wants is to play, like any puppy. So his human mom, Lauren, has to be mindful for him.

And that meant, she couldn’t allow Winnie to play with the other animals because they could hurt him. It wasn’t going to be forever.

He could play with them once Winnie had his surgery and a chest protector in place.

But until then, no play.

“He would just sit there and look at me with the saddest face. I felt so bad because I didn’t know if he would have a friend to play with,” Lauren shared.

Things changed when Wilma came along.

Wilma was actually found on the side of the road. And it’s a good thing that they found her.

She was the perfect match for him because she can’t hurt Winnie the way the other dogs might.

And Winnie felt that because the first time they saw each other, he came up to Wilma and did a nose-to-nose.

Wilma is actually a pig. But the way she and Winnie played, you wouldn’t think she was because she played like a dog.

“All they want to is play, sleep, and eat. That’s the puppy life, right?” Lauren joked.

They’d jump in the ball pit together. Winnie and Wilma did all this until Wilma started to grow bigger and had to stay outside.

It made Winnie sad but not for long.

Then, he got his chest protector.

Now, he can go outside and play with Wilma and even with his dog siblings. The joy Winnie felt was through the roof.

Thank goodness for his medical devices.

He’s now got a set of wheels he can use to walk around, especially outside. He has his chest protector made of rubber and foam to protect his chest.

Because he was missing most of his sternum, his ribs weren’t connected to anything in the front.

That’s why it’s hard for him to go outside since he moves by bouncing on or sliding his chest around. He’s also got a nub boot for his bent arm when going outside.

“Wilma and Winnie’s friendship… is a very significant friendship because she came at a time where he really needed a friend, and I don’t think he’ll ever forget that,” Lauren shared.

Parents of 12 working multiple jobs to support their family get Christmas miracle from stranger
What do you want to get from your Secret Santa?
0 875