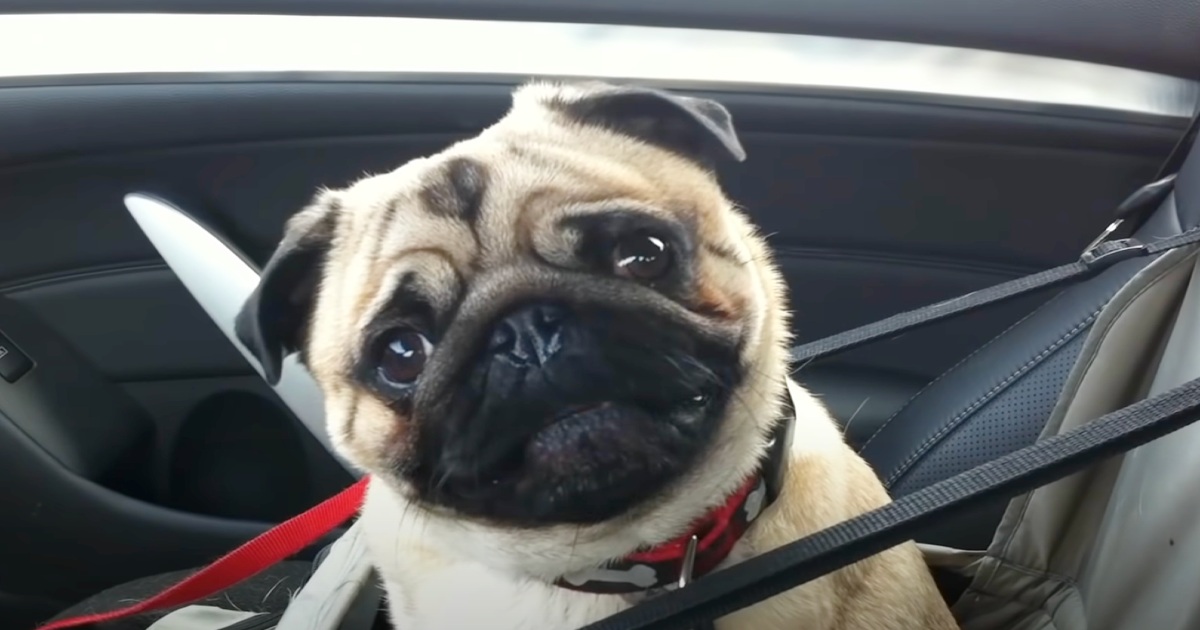 Pugs are popular pets known to be good with children and ideal house dogs.

While they are known to be playful, they are not very active and are perfectly happy to be sitting on a couch at home.

These reasons are partly why the following video is hilarious.

The pug featured in the video is not acting like a typical pug.

He’s barking and raring to go out of the car.

The reason? His owner told him, “Hey buddy, we’re at PetSmart.”

The pug, named Captain, starts barking constantly and almost sounds like he’s whining when he hears the word PetSmart.

When his owner asks him, “Do you want to go to PetSmart, Captain?”

The bark turns into whining as Captain is visibly excited to go down from the car and enter PetSmart.

Although we don’t speak pug, you can easily tell he’s almost begging his owner to stop teasing him and just go down from the car already.

The owner asks him to calm down, and Captain stays quiet for a while.

His owner asks him another question, “Do you want to go play with your friends at PetSmart?”

Captain starts barking excitedly again, and we can tell his answer is a resounding “Yes!”

When his owner finally says let’s go, Captain jumps out of his seat, and his owner reminds him to sit down first.

He gives his owner a high-five, and you can see that Captain can hardly contain his excitement.

The owner puts on Captain’s leash, and when he finally gives the go signal to enter, Captain starts running towards the entrance.

When he’s inside, Captain excitedly sniffs around as he walks inside the store.

He cannot help but sniff shelf after shelf, and his owner has to pull him gently to keep him walking towards their destination.

They arrive at the PetsHotel section of the store, and Captain heads straight inside, still sniffing around and probably trying to recognize the other dogs he can smell.

The video ends there, and we can only assume that Captain is spending some time at the PetsHotel.

Based on his behavior in the video, its safe to assume that he’s been there before and very happy to be back!

Pugs are wonderful dogs and are a great option if you are looking for a pet.

Just remember that because of their flat faces, they have a harder time breathing compared to other dogs.

This means that they are best kept indoors most of the time with controlled exercise time outdoors.

As you can see in the video, pugs like Captain are friendly, easily trained, and with moments of high energy.

If you get your own pug, they might just be as excited as Captain when spotting your local PetSmart.

We’re not the only ones who found Captain entertaining. This video has been viewed almost 14 million times.

When you watch it, you’ll know why!

Watch the video of Captain the pug going crazy over PetSmart below!