Friendship among different species of animals continues to surprise us. Everyone needs friends to share joys and sorrow and just to sit a bit with them and chat. Animals think the same as they find friends for them despite many factors. 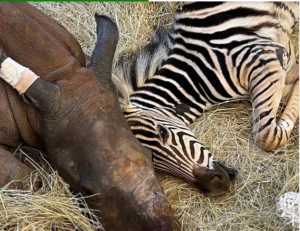 Recently a baby zebra was rescued by  Care For Wild Rhino Sanctuary. Though the sanctuary is mainly caring for rhinos the staff took the zebra and called Modjadji. 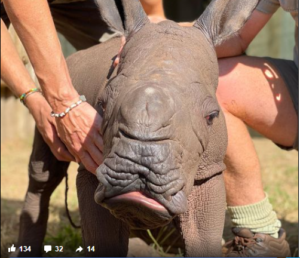 Soon zebra got better and started to deal with rhinos very well. Later on, another rhino was rescued during the rain weeks. Aquazi, the rhino, and Modjaji became best friends comforting each other when needed. Soon Aquazi was healthy and was ready to be released. 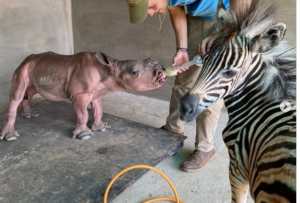 But the zebra soon had a new friend named Daisy. They got on perfectly with each other and ned no one to b happy.