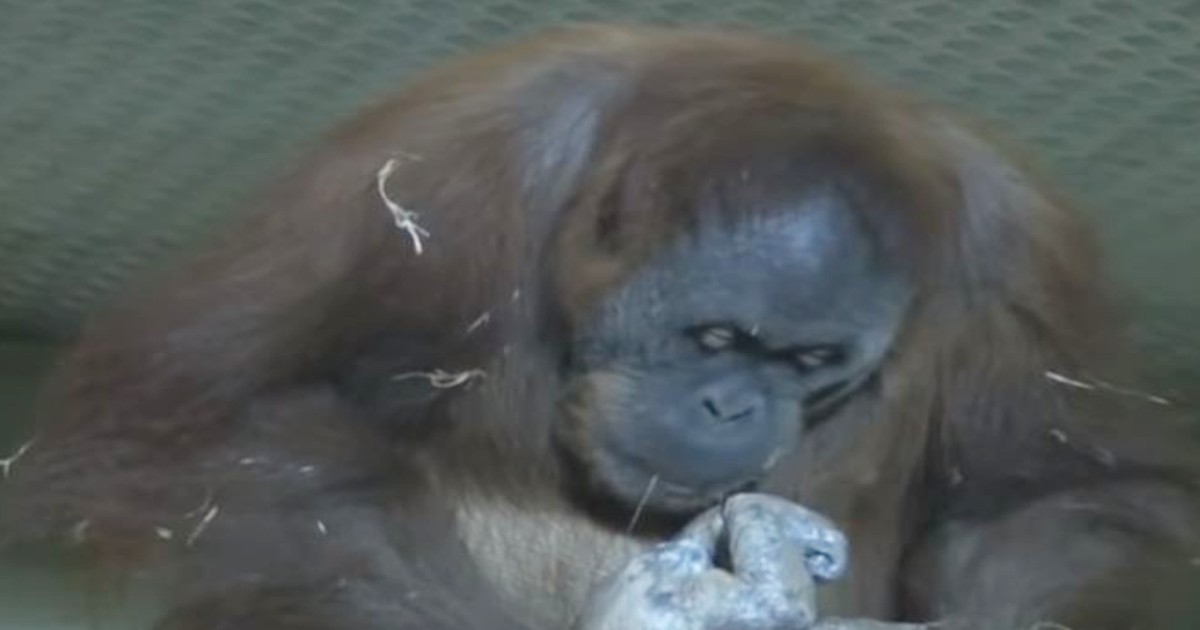 When a Sumatran orangutan named Dana gave birth, it was special for many reasons.

The orangutan, who lives at the Durrell Wildlife Sanctuary, gave birth one hot July day. Dana’s birth was the first orangutan birth captured on camera. But that wasn’t the only reason it was moving and memorable.

25-year-old Dana had suffered complications during a prior pregnancy. Sadly, the baby was stillborn and her health was put at risk.

Dana at that point was considered infertile due to her fallopian tubes being blocked. However, thanks to the brilliant head obstetrician at Jersey General Hospital, she ended up being able to conceive again. The father was a 28-year-old male orangutan named “Dagu.”

Because of her history, the day Dana gave birth to her baby truly was a miracle.

A camera was set up to capture footage of the special event. Dana delivers the baby by herself in the video, although there was a professional team observing from afar.

Viewers get an up-close view of the very moment the baby enters the world. Please be aware that the video below is a bit graphic…

Dana immediately gets to work with her first duty as a mom.

After catching the baby orangutan in her hands, the new mama cradles it. She then uses her mouth to clean it up. One observer in the video points out, “She’s starting to remove the amniotic sac.”

While we might be used to having a nurse cleanse our babies after their big arrival – it’s not how it works in nature.

Dana is the one in charge of this process!

Soon, the infant starts showing more life by moving and screeching. Dana even helps clear its airways with her lips.

“Aww, cries just like a human baby, its beautiful. My heart just melted <3”

There are some other screeching noises in the background as well.

An incredible moment occurs after Dana has her first bonding experience with her daughter.

The female orangutan heads over to where the observers are, just to show off her infant!

Like a proud mama, Dana allows the caring humans to take a peek at the newborn up close. In the video, a keeper says:

“This is amazing, she’s come to show us the baby – that is fantastic!”

Having a new baby is exciting for any mother, but it was also very exciting for the Durrell Wildlife Park after Dana gave birth. The organization works to protect species from extinction through its many efforts. Since the Sumatran orangutan is a critically endangered species, it was naturally very joyous news!

As for the baby girl’s name? It was decided that she’d be called Keajaiban (Kea for short), which means “miracle.”

This incredible video has been viewed over 5 million times, and everyone who watches it is amazed by Dana’s courage and maternal instincts. We’re so glad Dana and her baby are both doing well!