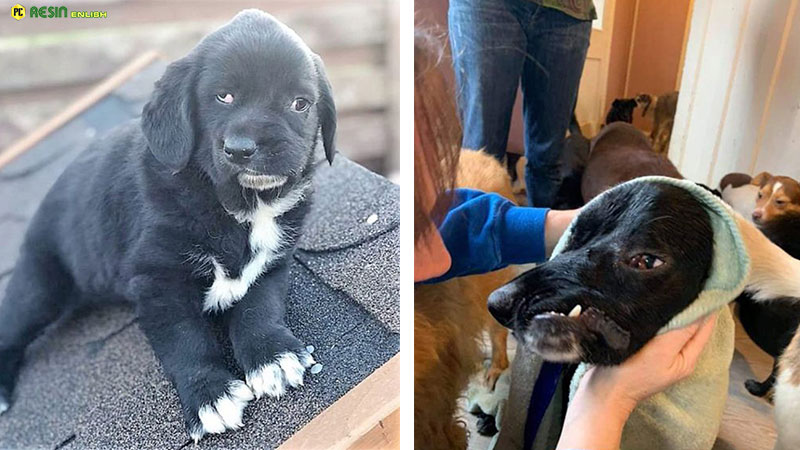 When forming an opinion about someone, some individuals always consider their physical appearance first, regardless of what truly defines that person, which, despite the repetition, is their personality and sentiments.

This is true not just of other humans, but of any living entity who deviates from the aesthetic standards and causes us to perceive things differently. A clear example is a dog born with a physical abnormality, for which she has been frequently rejected or ignored, and whose appearance makes it difficult for her to find a permanent household.

Bethany is an 8-month-old dog who was born on the streets of Ukraine; four of her siblings were born with the same deformity, but she was the most severely affected; she has a facial disfigurement that causes her to have a deviated eye, a look to the other side, a fully tilted right snout, and her teeth exposed. She’s become accustomed to being rejected by individuals who, upon first seeing her, assume she’s ill, maybe violent, or has a medical problem.

Although prejudice is far from reality, Bethany has spent a significant amount of time at the Safe Rescue for Dogs shelter, as finding a family to adopt her has proven difficult due to her physical condition. Some people don’t want to take the dog with them when they go hunting for a puppy because they believe she has major medical concerns, which is not true, according to shelter volunteers.

“There’s nothing wrong with Bethany; she doesn’t even snore while she’s sleeping.” Bethany is a beautiful and joyful little puppy who is everything you could desire in a companion.” Bethany is so happy that she doesn’t even notice that she’s different from the other puppies; she has no worries; the only thing she needs is a family that can see past her physical appearance.

“There’s a mindset that people are seeking for the perfect dog for photos, but I believe people should go a bit deeper.” It is no secret that most people choose to adopt the most attractive or purebred pups, without considering that all animals deserve a home since they have experienced harsh conditions in their life since birth and simply require care and love. “When people see Bethany, they’re surprised by her appearance, but when you work in the profession, you don’t get surprised; you simply accept it.”