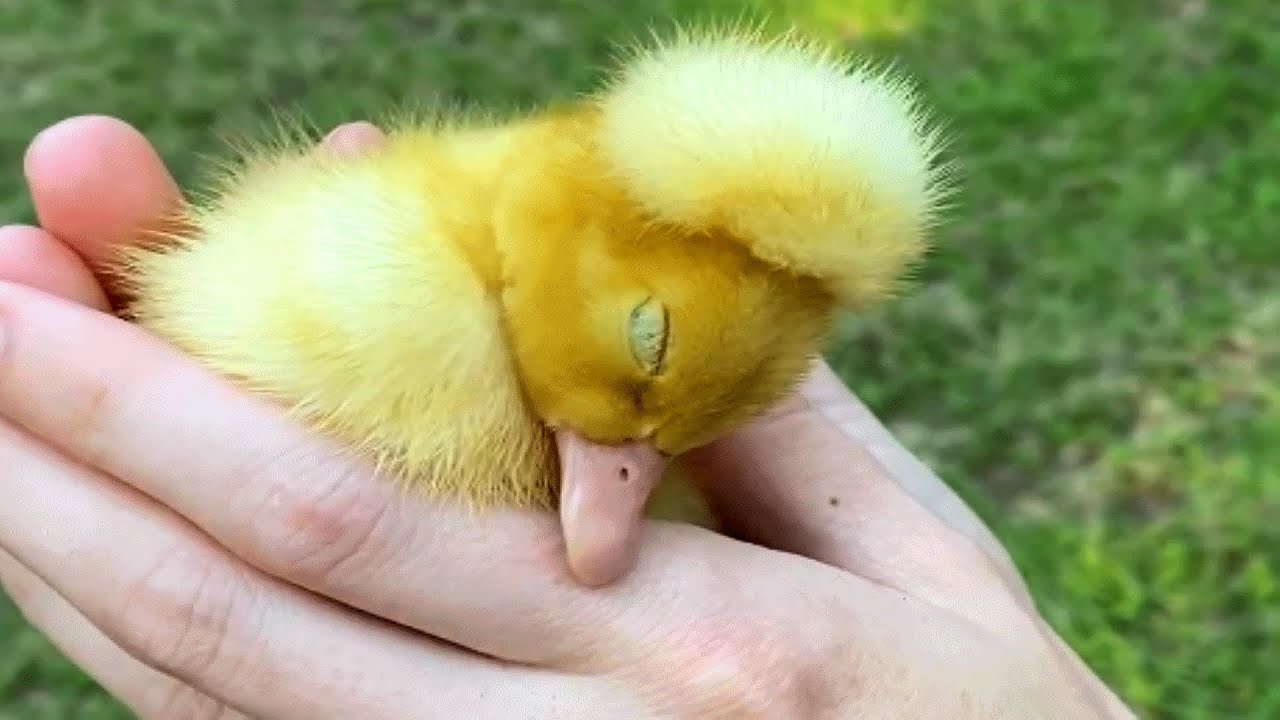 You’ll never know how much your help will mean to someone until you see them shine.

While some of us are lucky enough to grow as intended, some of us can need a little help and support along the way.

With the right attitude and an environment nurtured in kindness, anyone who’s left behind can definitely catch up – much like Sunny the duck.

The first time Sarah saw Sunny, she knew he was special.

She met Sunny in Tractor Supply where he saw the young duckling cowering in the corner all by himself. But this is not the only thing that helped him get noticed. He also has a tuff on his head like a bonnet made of feathers.

At that moment, Sarah knew that she couldn’t leave the store without the chick. She was willing to take care of him no matter what.

But life wasn’t as easy for Sunny.

When they brought him home, they noticed that he was being left out by other ducklings. His growth also occurred at a slower pace than his peers.

At one point, they noticed that Sunny’s eyes were teary and he was sounding wheezy. After taking him to the vet, they found out that he got an upper respiratory infection. Sunny was on antibiotics for two weeks but he fought on.

Eventually, Sunny began to catch up.

Thanks to his family’s support, he was able to become much more social and independent. But they always knew that he was special.

They also found out that the tuff on his head was a genetic mutation. Nonetheless, they showed Sunny the love that he deserves.

But they weren’t the only ones who took a liking to the special duck.

Sarah also shared that while the ducks still leave Sunny behind, other animals would always hang out with Sunny.

The dogs in particular have a fondness for the special duck. Besides just letting him eat their food, they also sleep with Sunny – and at other times, Sunny sleeps on them. The dogs don’t mind, though.

Because of his “social” challenges, Sunny usually stays indoors.

This helped him develop an affinity for people. When they go down and greet Sunny good morning, the duck would reply with the vigorous flapping of wings as he walks around in circles.

Also, if he feels that you’re nearby or if he hears you call his name, he would walk to your feet or hand, lay his head down and go to sleep.

Then, by a miraculous turn of events, they found out that Sunny was not alone.

Sarah learned about another blind duck similar to Sunny. She also has a tuff of feathers on her head just like Sunny.

They also found out that the duck lives just 20 minutes away from them. The owners then decided to put them on a “blind date”.

The ducks met at a farmer’s market, and for the first time, Sunny walked beside another duck – a duck that will never leave him behind. It only goes to show how far love can get someone, and for Sunny, it gave him a chance to spread that sunshine.

Watch how this unwanted special needs duck grows up into a ball of happiness.