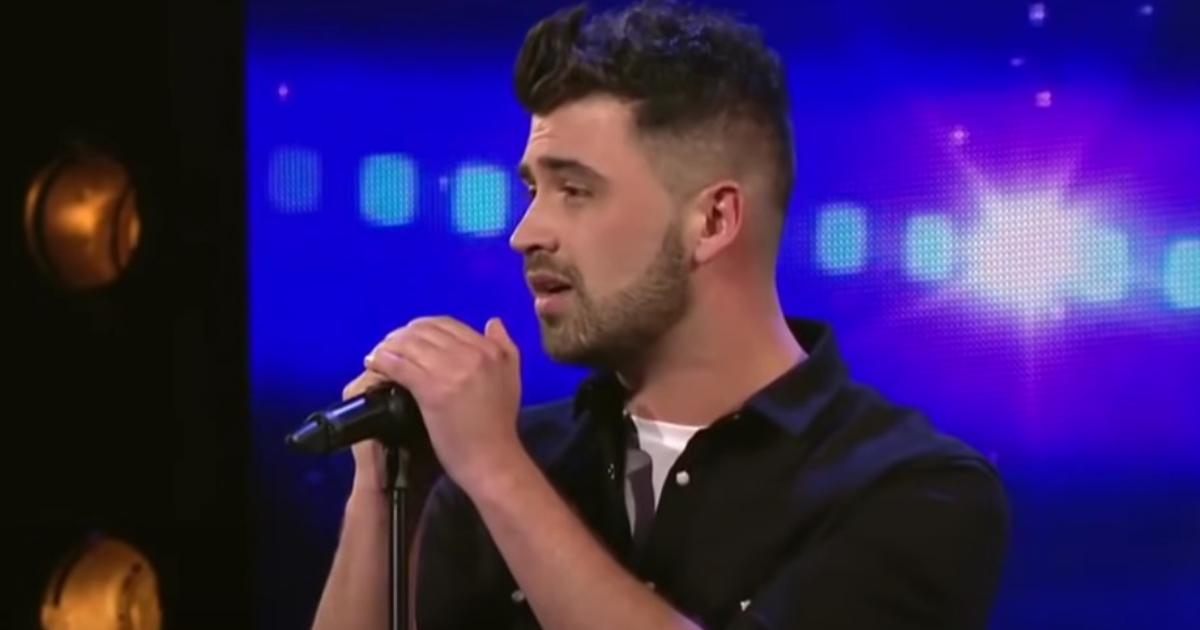 Christopher King exceeded expectations when he received the golden buzzer on Ireland’s Got Talent.

Christopher King is a 29-year-old hairdresser from England. Originally from Limerick, Ireland, King moved to England at 4 years old with his family but always felt drawn back to his homeland of Ireland.

Christopher owns his own hair salon in England and can be heard singing at work or singing around the house. Christopher’s favorite music is from Ireland, of course.

Christopher didn’t tell his friends he was auditioning!

Something that Christopher always wanted to do was audition for a reality singing show, but he didn’t want to tell his friends because he was too nervous! Even with his love for singing, he didn’t feel comfortable sharing with his friends that he would be on the big stage.

Imagine the look on his friend’s faces when they saw him live on Ireland’s Got Talent.

Even though Christopher is not from the United States, his love for country music runs deep. Christopher’s choice to perform “Don’t Close Your Eyes” by Keith Whitley was a decision rooted in his family.

The song is his sister’s favorite song, so he felt it was right to honor his sister by singing it on stage. Christopher also connected with the judges because of their names: Denise and Michelle, which are his sister’s names!

As Christopher starts singing, his British accent slips away and the audience is whisked away from Ireland to the Southern United States. While he was nervous, he had a smooth performance and connected with the audience immediately.

Christopher’s performance touched the audience’s heart, even getting them to start a wave around the arena! At the end of his performance, the crowd gave him a standing ovation much to Christopher’s surprise.

With any singing show, there comes a time for the judges to critique each performer. Christopher received rave reviews, with the general consensus that while he was a bit nervous he had the potential to grow and improve.

The judges also liked his originality in using a country song and it was evident by the audience’s reaction that he made the right choice.

Christopher was waiting for his three yeses to move on to the next round until Lucy decided to run out on stage.

Lucy Kennedy runs on stage to give Christopher the surprise of his lifetime!

Host of Ireland’s Got Talent Lucy Kennedy was so wowed by Christopher’s performance that she ran across the stage to smash the golden buzzer at the judges’ table. Christopher no longer had to wait for his yeses, he made it through!

Lucy’s decision to smash the buzzer was due in part to her meeting Christopher backstage.

She felt that he deserved the golden buzzer because of his talent and passion for singing. If Lucy had not met Christopher, he may not have gotten the buzzer.

A shocked Christopher is seen holding hands with Lucy as he awaits his final advice from the judges. Christopher promises the judges that he will do all he can to impress them on his next performance and it is fair to say that Ireland that night was proud of their newest country singer Christopher King that night!

Watch the video below to see Christopher’s amazing performance!

Parents of 12 working multiple jobs to support their family get Christmas miracle from stranger
What do you want to get from your Secret Santa?
0 805