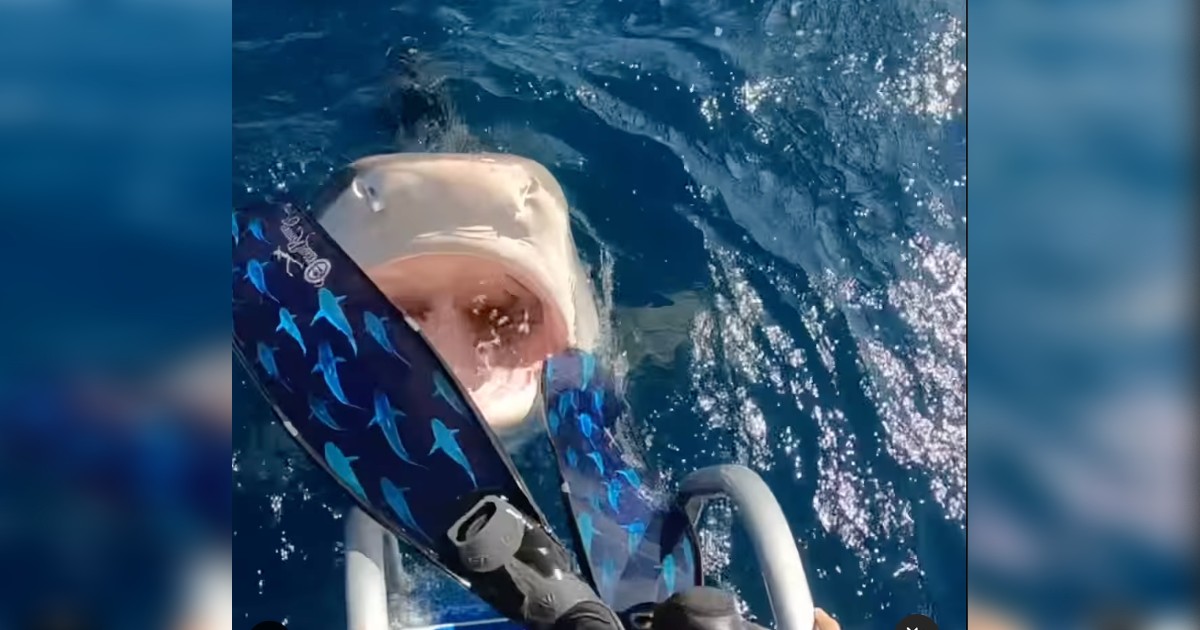 For Ocean Ramsey, a marine conservationist, swimming alongside sharks and other potentially life-threatening sea predators is just on her daily schedule.

Ramsey has practically grown up with these wild animals and she’s observed and studied their behavior over the years.

The conservationist and model runs a company, One Ocean Diving, LLC in Hawaii. Through the company, she helps people dive alongside marine wildlife.

While the woman has been praised for her work trying to bring attention to shark conservation, she has also been criticized for acting too risky near these animals.

As David Shiffman, a marine conservation biologist who studies sharks, has told The Washington Post: “I can’t believe that ‘please don’t grab the 18-foot long wild predator’ is something that needs to be explicitly said out loud, but here we are.”

Still, the woman keeps enjoying the company of her marine BFFs, especially a tiger shark called Queen Nikki, as she calls her.

But a couple of days ago, an encounter with her favorite shark almost went wrong.

Ocean was ready to dive into the ocean, when Queen Nikki made an appearance. In fact, the tiger shark approached her with an open mouth, and she even chewed on Ramsey’s fins a little bit.

When the woman realized that diving at that moment would mean diving right into the shark’s mouth, she backed off.

“We love Tiger shark Queen Nikki’s enthusiasm to greet @oceanramsey 😂” her fiance, Juan, wrote on Instagram. “Ocean reading an approach quickly and accurately knowing when to respectfully back up.”

The photographer and co-owner of the company, explained that the safety diver is always the first person to dive in order to make sure sharks swimming around do not show aggressive behaviors, and the last one to go out to ensure those diving with him are safe.

Ocean explained what caused the shark’s behavior and how she knew to back off was the right thing to do.

“I saw her and she was she was close enough, with enough speed, that it looked like she was actually going at maybe my fin tips,” Ramsey said. “There (were) a bunch of little schooling fish under, so I could see her speed and I knew that I needed to back off in that moment.”

People have mixed feelings about the video. Some are really excited and admire her courage, while others just consider swimming with sharks too risky.

“I wish I had the courage to do that. I am fascinated by sharks and orcas but I can’t get in with them,” someone wrote, while another one commented: “That shark would gobble you down if given the chance.”

In any case, the video is interesting and the messages it conveys are worth considering.