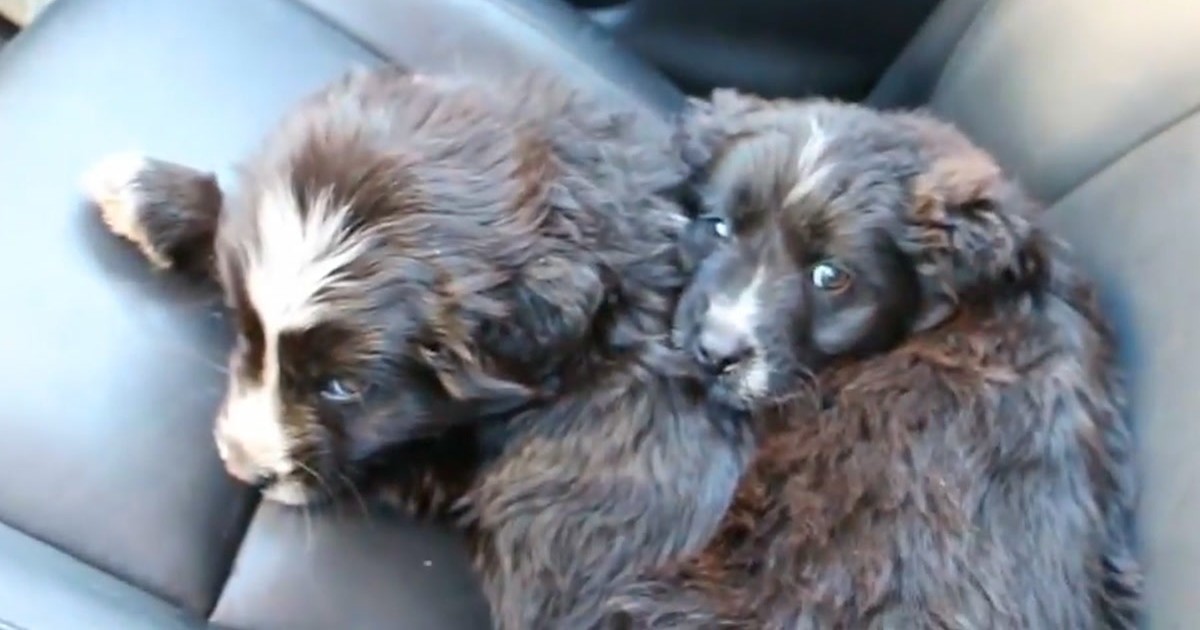 Jordan Kahana was going on a 12-day road trip. From California, he was going to visit three states before heading back to Los Angeles.

On day 2, however, he found two adventure buddies, who would eventually live with him and form the Adventure Squad.

While driving down the long stretch of road to the Grand Canyon with no other cars and just desert land and mountains, Jordan suddenly saw two puppies on the side of the road. He had to swerve the car to avoid hitting the two dogs.

Where did these dogs come from?

He picked them up after he was sure the dogs trusted him and took them to the animal hospital in the nearest town.

At the hospital, the dogs were given water, treats, deworming, and their first shots. He also found out that the puppies were Border-Collie mixes. Jordan knew he wasn’t leaving these puppies behind and took them on his road adventure.

Jordan took them to national parks and three more states where the puppies experienced the desert, snow, and sand. They experienced all of this in 12 days.

Jordan named them Zeus and Sedona.

Zeus is the more adventurous of the two puppies, and he’s been known to get lost several times. Jordan recounted the time when they were on a trail and Zeus went missing for ten minutes.

And it’s obvious that Jordan has been a great dad to both of them because Zeus wasn’t worried. He knew Jordan was going to find him.

Sedona was the opposite, especially during the first year and a half of her life.

She did not make a sound during that time. But now, she couldn’t and wouldn’t shut up.

“There’s this inseparable connection between the two of them. The two of them are such a unique pair, like yin and yang,” Jordan described of the two dogs’ relationship.

Since Jordan picked them up in December 2016, the three of them, the Adventure Squad, have been inseparable.

They have been to 37 states and they’ve even gone back to the spot where Jordan first saw them.

“We’ve gone back a few times and it’s always a moment of reflection and gratitude and kind of a little fate. I can’t believe it’s going to be five years already. It’s been an amazing adventure,” Jordan shared.

And to think that a 12-day road trip was just a decision made because his office was closed for the holidays.

What was going to be a solo trip became an adventure that would become unforgettable.

“We immediately became this trio. They changed my life for the better in such amazing ways, and it was [at] a time when I needed it. I couldn’t imagine going anywhere without them and I’m so happy to have had that happen to me,” Jordan reflected.

Would you like to meet Jordan, Zeus, and Sedona, aka the Adventure Squad? Watch the video below.

Golden retriever learns he’s getting a baby brother
Family is the most important thing in the world.
0 288

Boy’s emotional reaction to gift he’d been wanting for 9 years is melting the internet’s heart
As tough as you are, an adorable dog can always make you cry.
0 278