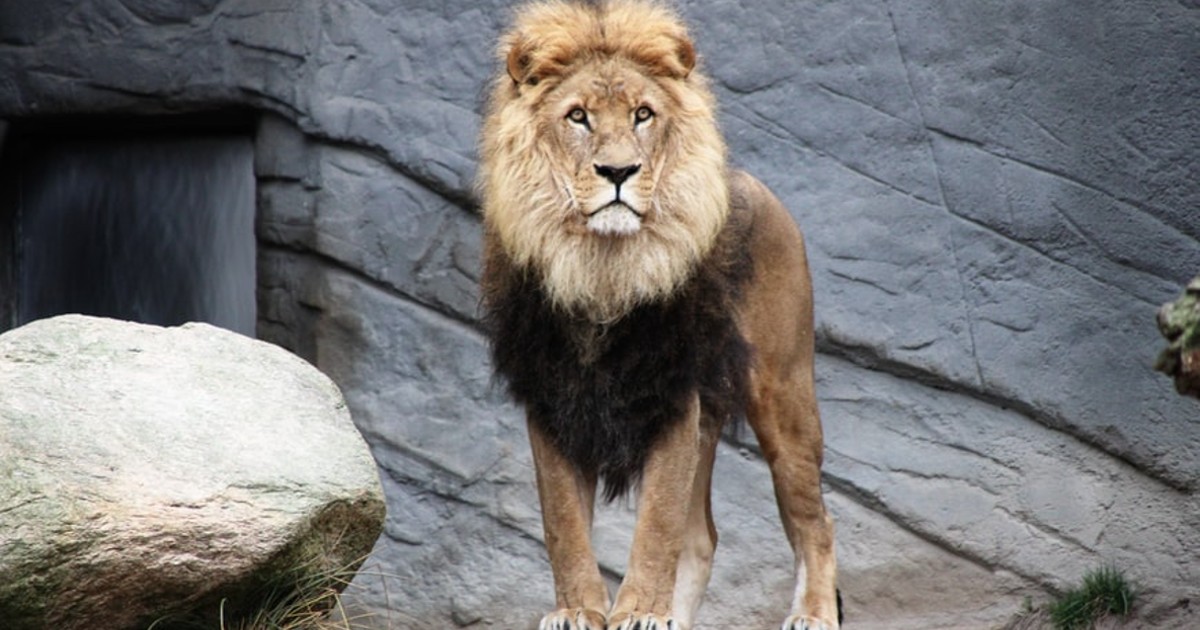 Want to see what a cool gang looks like when it comes through?

Look no further than a traveling pride of lions.

That crew is one you don’t want to mess with.

According to National Geographic, lions are known as symbols of courage and strength.

Their roars can be heard from over five miles away.

You can see just how intimidating they look by watching MoMedia’s YouTube video.

There are about a dozen of them in the video, who appear to be mostly male because of their manes.

They take up an entire road as they are recorded walking toward a car.

Lions are the only species of cats that live in groups, which are referred to as prides, despite one population of solitary lions.

A pride can consist of anywhere from two to 40 lions.

This pride is usually comprised of three or four male lions and a dozen female and their children.

Most of those females are related because female cubs will stay with their group. The males will leave and start their own pride. They do this by usurping another pride ruled by another male.

Only the strongest and boldest males make this attempt.

Sometimes the new male leader will kill the youngest cubs in the pride in order to start their own families. Males protect their pride from others males by marking the territory with their urine. They’ll also roar their famous roars to scare others off.

Some were surprised to see all the males in MoMedia’s video, which was viewed more than 3 million times.

“Unusual to see so many males together in one pride. Must be a huge pride, unless it was the morning after a boys night out,” one YouTuber commented.

“I just can’t get over how majestic and unique they are all in their own personal ways. They really have their very own facial expressions. And they could be related. Not sure but some are very young and some have age on them, so they could be Father, son, cousin, nephew, etc.,” another said.

This group could be what is known as a “coalition.”

And the group in MoMedia’s video definitely have a coalition kind of vibe. According to Animal Facts Encyclopedia, some male lions will never join a pride and will never mate.

“I didn’t see a single woman in that whole pride. That’s terrifying. At least none of them seemed aggressive, just curious,” said on YouTube.

“Just there to audition for the role of Simba in the upcoming Lion King remake.”

One thing everyone was sure of is that these lions look terrifying.