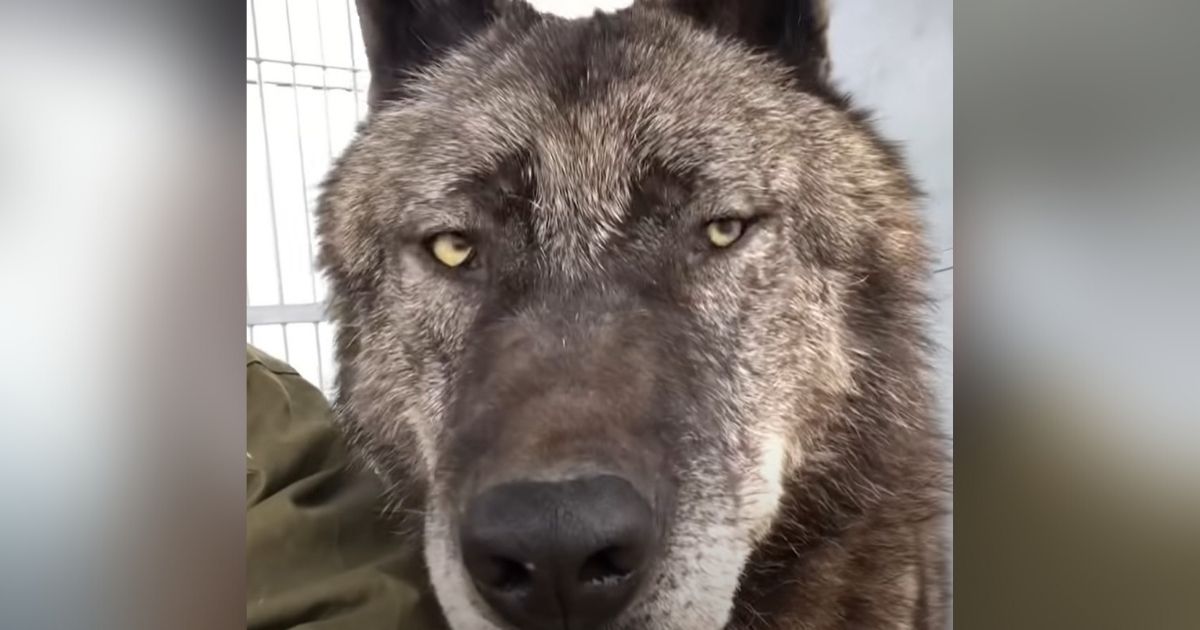 How big can a dog get for us to stop calling it a puppy?

A lot of dog owners seem to never move on from the day they first met their partner in crime.

It would’ve been acceptable if you were taking care of a Chihuahua, Pomeranian, or a Yorkie. They would always fit on your lap, even at their peak.

That’s not the case here.

But what if you have a bigger one, like a Saint Bernard, or a Labrador, or maybe a Great Dane? What if you have something way bigger – like, say a wolf?

Andrey Musienko showed off his puppy.

The channel, aptly named Black Canadian Wolf, is his repository of how he takes care of his wolf.

In the forests, most notably in the upper hemisphere like North America, Siberia, and Northern Europe, wolves are known to be terrifying stalkers who hunt in packs.

In the selfie video posted by Musienko, Akela can be seen interacting playfully with him.

Any one of us would’ve bolted at the first sight of this animal, but not Musienko.

He even stood on his arm before climbing on his back. At one point, he tried to bite and pull his hoodie.

It would’ve been a scary scene for some, but for the duo, it’s just plain roughhousing.

He got Akela as a puppy.

He was just about the size of an ordinary puppy so you’d never really expect him to grow to his current size.

And when a wolf wants to play, it takes your entire body just to wrestle with it.

After all, Akela will always be his little puppy. Black wolves are a species of gray wolves that branched out.

They are characterized by their dark-colored fur. Black wolves are much more common in forested areas as the gray ones dominate the other northern land areas.

In recent years, wolf-dogs are seeing a rise in popularity. However, with this ownership comes much controversy.

Even if bred with other domesticated dogs, their temperament and primal instincts remain far from the standards that are considered safe for a pet.

But everyone needs some love.

Wolves and wolf-dogs also have different physical attributes than other dogs as they possess sturdier bodies and larger fangs.

Despite this, though, Musienko tries his best to take care of Akela.

He also started a fundraiser.

His hope is to build a better environment and enclosure for the puppy.

“Many of you are asking for a big aviary to be made for Akela like in a zoo, and that’s why we made a charity fundraiser for a project close to natural conditions.” He said on the fundraiser page.

Hopefully, as this dream becomes a reality, Akela can enjoy his days as a wolf and find happiness in those who take care of him.