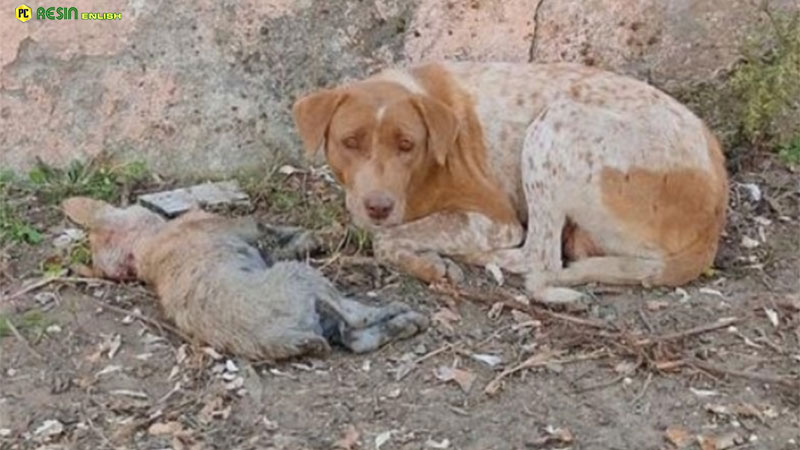 A street dog in India desperately needed help for her dying puppy. She refused to leave his side and plead with rescuers to help her baby,

Animal Aid Unlimited noted the pup’s condition was critical so they rushed him to hospital. The mama had to stay with her other puppies. Back at the hospital they needed to warm the puppy up. He was unconscious and had severe puncture wounds to his neck. They were uncertain if Snugglers would make it through the night.

Thankfully, in the morning his eyes were open. He needed lots of snuggles while recovering. But slowly the puppy regained his health. And when Snugglers was reunited with his mom his tail wouldn’t stop wagging.