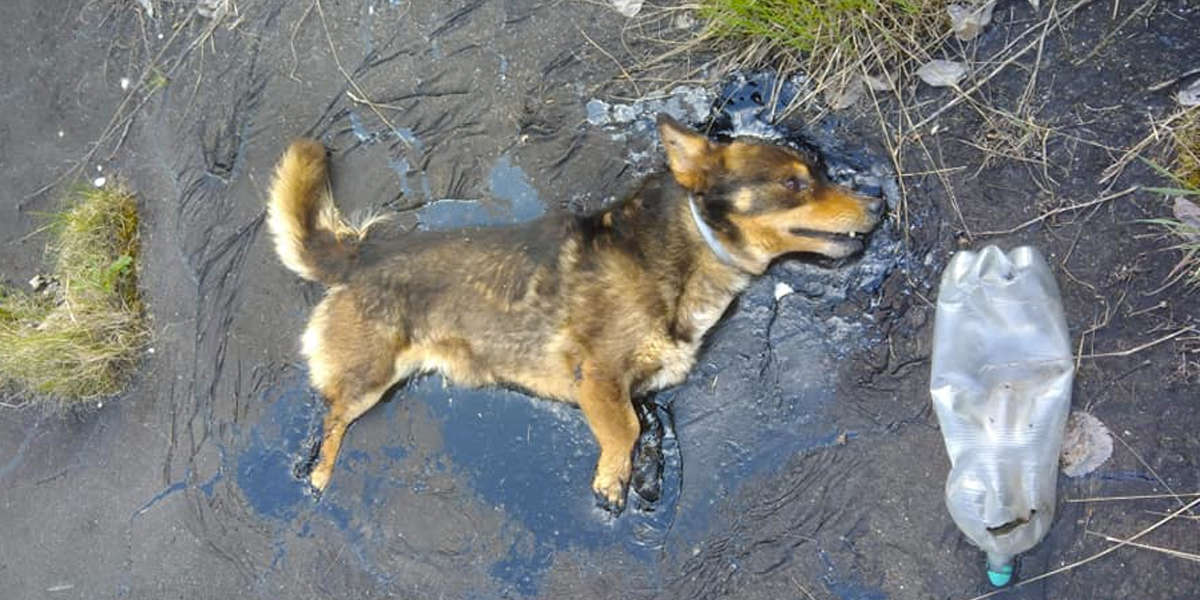 When the workers from the Polish town of Suwaki heard some barking noise coming from the remote, wooden area they were alarmed. The employee followed the sound and finally found what they searched for. 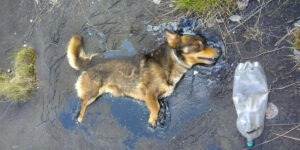 A poor little dog was trapped in a puddle filled with tar. The miserable creature was unable to move so the only thing left was barking and asking for help. 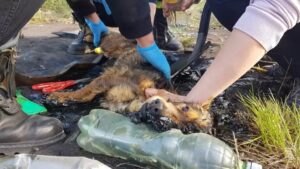 When the employees couldn’t release the dog they called Joanna Godlewska of the Niczyje Animal Foundation.

She was in tears when she saw the awful condition of the dog. It was clear from the dog’s eyes that his spirit struggled a lot. However, she gathered her strength and with the help of firefighters released the dog from the tar. It was a very difficult job, though. The rescuers used the cooking oil and massaged the dog’s fur-covered in tar gently and gradually take the dog out of the tar. 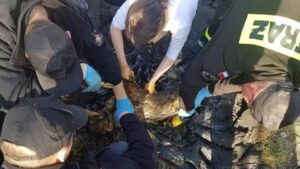 Farcik, the dog, was taken to the vet. There it turned out that luckily enough the dog was healthy despite the few bruises on his face. After many healing baths, the skin and hair of the dog recovered. 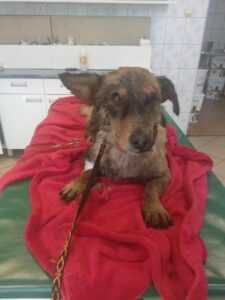 Godlewska promised to do everything for the dog to make him feel better and to have a forever home. 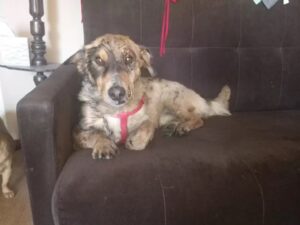