Yves Adams, who’s a Belgian landscape and wildlife digital photographer recently spotted a very rare penguin. The penguin had yellowish feathers instead of black ones. 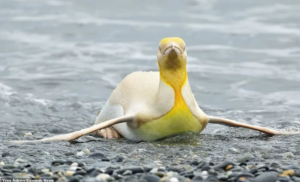 The group of Yves Adams was in South Georgia to photograph a colony of over 120,000 king penguins when they noticed this amazing creature. 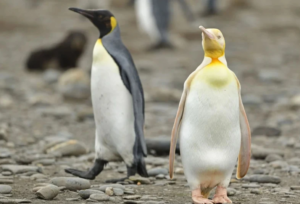 The team was amazed and also excited that among 120, 000 penguins there was such a fantastic one.

The photographer claimed that if he was even 50 meters away he wouldn’t notice the penguin.

The penguin’s rare coloration is because of leucism, which results in a loss of pigmentation. So the leucitic penguin attracted the team of photographers and Adams could make incredible photos but one thing remained unrevealed. Whether this rare penguin is attracted by the opposite sex of the colony or not. 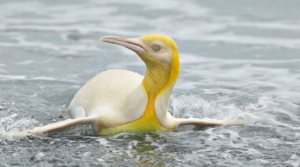