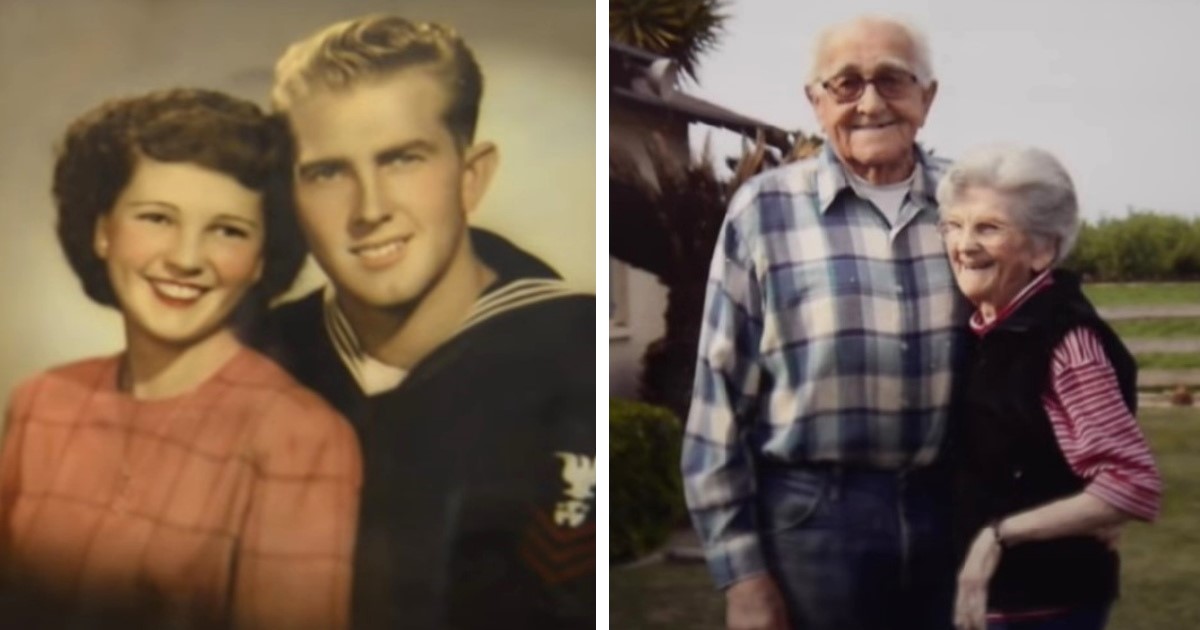 Floyd and Violet Hartwig spent most of their lives together. So, it only made sense that their lives would end together as well.

“They wanted to go together,” daughter Donna Scharton told CBC. “It was meant to be that way.”

The Harwigs were married for 67 years. They grew up together as children.

When they married they had three children of their own. They went on to welcome four grandchildren and 10 great-grandchildren.

The couple passed away together holding hands within five hours of each other.

Both had been declining in health prior to their passing, prompting their children to place them in hospice care together.

“My mom had dementia for the last several years and around the holidays we noticed she was going down,” Scharton told ABC News.

“Then, I got a call from the doctor saying ‘your dad has kidney failure and he has two weeks to live.’ So, we decided to put them in hospice together.”

It was their hope that they would both pass away in their own home.

And they did, five hours apart in beds pushed next to one another so they could hold hands.

“We could tell my dad was in a lot more pain,” Scharton said. “We said ‘it’s getting close,’ so we pushed the hospital beds together as far as we could.

We put their hands together, and my dad died holding my mom’s hand. Mom was not coherent, but we told her that dad had passed away and that he was waiting for her. She died five hours later.”

The couple’s undeniable bond began when they were both children in Easton, CA.

They started a romantic relationship after reconnecting at a local dance hall.

They got married in 1947, never said goodbye without kissing each other, and raised their children on a small farm where they grew cotton and raised turkeys.

“I remember them kissing each other goodbye every morning. I remember mom called him Blondie because he had such pretty blonde hair and blue eyes,” Scharton told ABC News.

Their two children Carol and Kenneth gave them four grandchildren and 10 great-grandchildren.

Violet’s dementia worsened around the holidays.

Doctors told her husband that he would have only two weeks to live the following January.

“They were dedicated to each other,” Scharton said. “Even other people who met them said they had that connection.”

The family couches were moved to make way for the hospice beds.

When Floyd passed, Violet’s family told her it was OK to follow him and that her husband would be waiting for her.

“What we felt was keeping them alive was the will to live, and that they didn’t want to let go of each other,” said Scharton.

While it was hard for the Harwigs’ family to have both their parents leave them on the same day, they found peace knowing they had each other every step of the way.

Learn more about this last love story in the video below from the Fresno Bee!