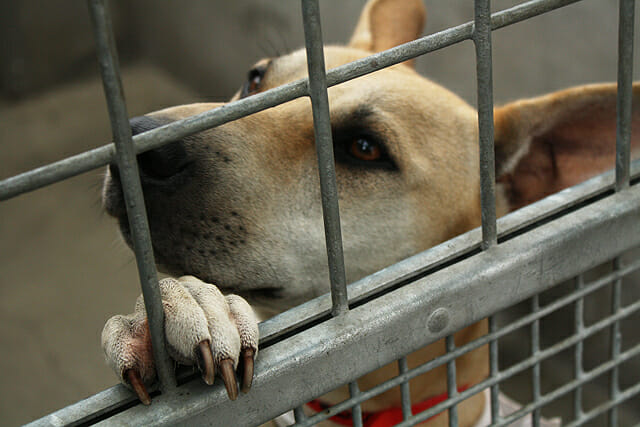 Back in August 2016, the cross-country running team at St. Joseph High School in Santa Maria, California decided they’d like to invite their local shelter dogs along for a run.

And the staff at Santa Barbara County Animal Shelter were happy to let their dogs get some sun and stretch their legs a bit.

By all accounts, it was a blast, and team coach Luis Escobar wrote on Facebook, “I am not sure who was more excited and having the most fun… the dogs or the kids.”

When I saw the video from the run on Facebook, I couldn’t help but smile, and apparently, I’m not alone. The video was seen by hundreds of thousands of people, including runners and coaches at other schools.

“After we got back, I posted something about it on our Facebook page,” Escobar told the Santa Maria Times. “Almost immediately, it got hundreds of shares and thousands of likes. I got calls from coaches and athletic directors across the country asking about it.”

What began as a fun run with the local shelter dogs looks like it just might spread to schools all over.

The run was a local success, too, and the students have already taken the dogs out for a second run.

I couldn’t be happier because it’s great for the dogs and it gets them out into the community and increases the chances that they’ll be adopted soon.

As Escobar said, “It’s a win-win situation. The dogs get good exercise, and the kids get exposed to the dogs. Maybe they talk about it with their parents and friends, and maybe the dogs become more adoptable.”

Check out the delightful video below:

I love this idea! The members of the team learn about the needs of animals. Fosters kindness, thoughtfulness and offers hope to help resolve the homeless shelter dogs. Fun exercise and just being in a pack. Such joy!
Thank you all!