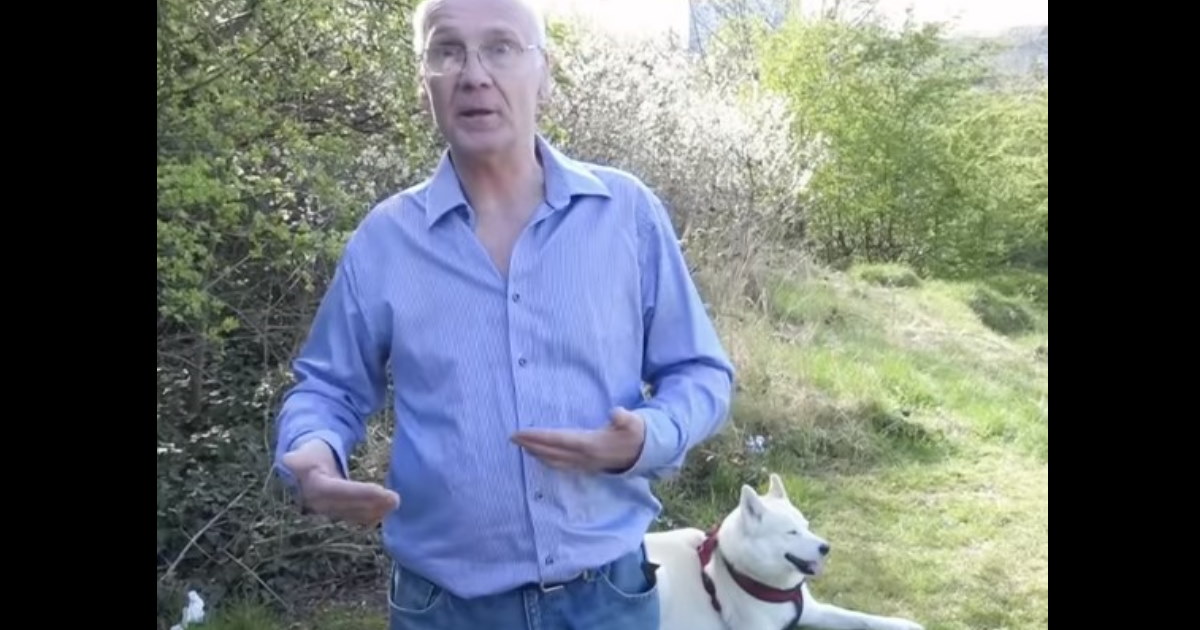 Dogs are pure-hearted creatures. So much so that they are hardwired to love and protect.

That’s how a Husky dog named Hel ended up finding an abandoned newborn baby in a Birmingham, England park.

Hel’s owner Terry Walsh, however, believes that it wasn’t Hel’s instincts that led him to find the child but divine intervention.

He believes Hel was “sent from heaven to rescue a newborn baby boy.”

Walsh says he and Hel were taking a walk during Thursday’s tea-time when the Husky sniffed out a pile of blankets.

That’s when Hel led his owner to his discovery.

Inside that pile was a sleeping newborn baby boy.

Walsh said that he would have walked right past the blanket if it wasn’t for Hel.

He thought it was just a rolled-up discarded blanket and not a baby.

“I turned round to grab hold of Hel so she didn’t walk over the glass, and she went off to the blanket, lying next to it, and started nudging it with her nose very gently,” he explains.

Hel’s gentle nudging prompted the baby to wake up and start crying.

“Suddenly I heard this baby cry. I think it was Hel’s gentle nudging and the heat from my Husky’s body that woke the baby up. A bigger dog or another dog with a different temperament might well have just ripped and tugged at the blanket and the baby could have been treated like a rag doll and then you’ve also got the foxes and the rats and everything in there. How would they treat a baby?” said Walsh.

Walsh contacted the authorities who arrived on the scene where the baby was found in an area known as The Mounds 0n Shannon Road.

Hel has since been hailed as a hero with many calling for the doggo to be awarded a medal or some type of mark of honor.

The baby was believed to be just hours old and was found to be in good health.

He was taken to the hospital and was named George.

“He is doing really well and is being well cared for,” a statement by the local police department read.

People immediately began to search for the child’s mother who could have been in need of serious medical attention after giving birth.

They kept up that search for months insisting that the mother needed to be identified so they could intervene on her wellbeing.

Police said they are “ensuring that she gets the appropriate support and care she needs.”

They also asked the public to reserve their judgment and comments.

“As stated in our public appeals, our priority was always to ensure mom was safe and supported. We can confirm that no further action will be taken by us and, with partners, we are ensuring that she is getting the appropriate support and care she needs,” the statement said. “This is a very upsetting case, we would ask you not to speculate any further, as this is deeply distressing for those concerned.”

Learn more about Hel the hero in the video below!