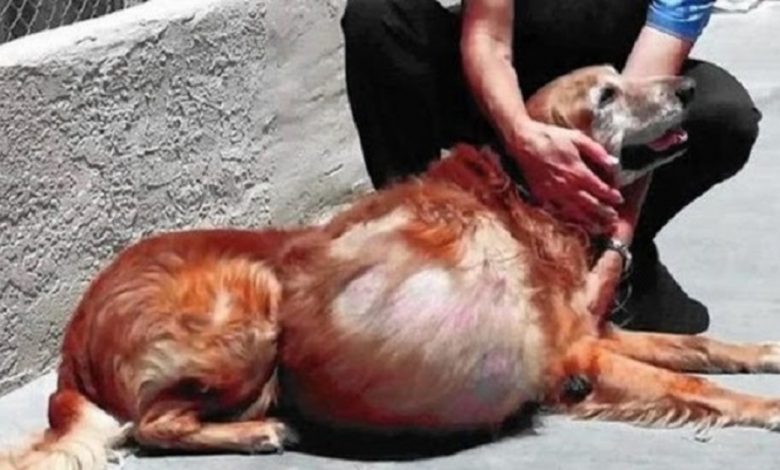 As if homeless dogs don’t already have it bad enough, this one in particular used to have a family but was abandoned at a beach in Newport, California. To make matters worse, he was carrying an extra 46 pounds around due to a tumor growing on his side, writes xaga 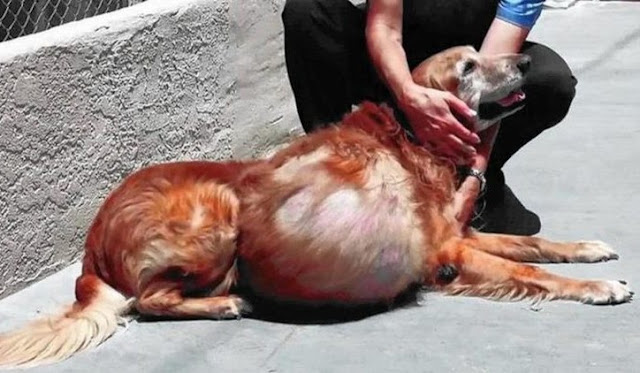 Fortunately, a kind stranger spotted the dog, now named Henry, wandering the beach and contacted Valerie Schomburg of Newport Beach Animal Control. The NBAC rescuers were used to picking up stray dogs in bad shape, but nothing could have prepared them for what Henry looked like.
The tumor was so big that it was pushing on his right front leg in his shoulder area which was hindering him from being able to walk. He had trouble not only finding food, but also getting around.
espite all of the difficulties that Henry had encountered in such a short period of time, he retained a zest for life. He was always happy and wagging his tail, and he adored everyone he met. Henry would slobber kisses on anyone who came close enough.

Thankfully, Schomburg was able to gather enough money, with the help of grants, for Henry to have surgery to remove the giant tumor. Despite the fact that the tumor was cancerous, it did not spread.

The surgery was a success and Henry literally had a huge weight lifted off his shoulders. He weighed 78 pounds after the tumor was removed and could finally walk around with ease. He went to live with a loving foster through the Newport Beach Animal Shelter after his surgery and happily made up for lost time. 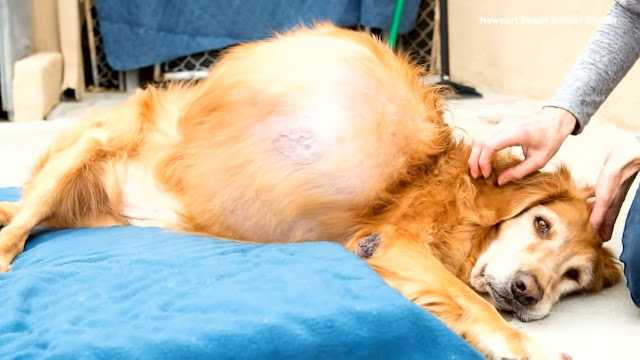 Henry died peacefully in his sleep, but he had made the most of his time on Earth and had finally felt love for the first time. His constant tail-wag and contagious smile demonstrated his boundless enthusiasm for life. 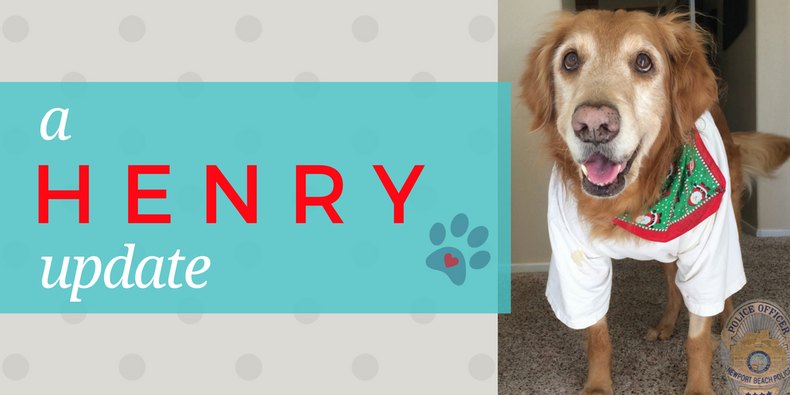 Although his passing is sad news, some good news has come out of this. They were able to locate Henry’s previous owner after conducting additional research. The OC District Attorney’s Office has charged her, and her criminal case is still pending.