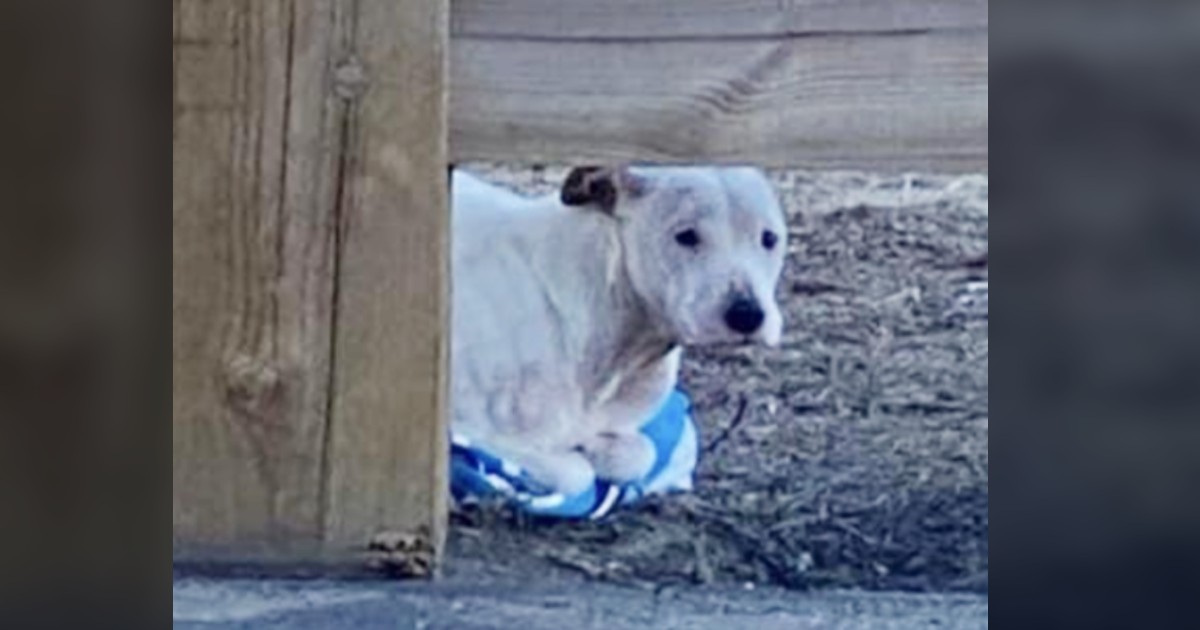 Joggers always have interesting stories. Perhaps it’s because they’re outside for long hours, but there are many stories of joggers finding unusual things.

That’s just what happened with a jogger who rescued an innocent life.

While the man was out for a run, he saw something strange on the trail. Seeing animals isn’t all that novel, but it was freezing cold out.

When the jogger got closer, he was shocked by what he saw.

A little white pit bull mix was sitting on a towel in the middle of a parking lot.

It looked like the dog had been left out overnight and it had been extremely cold – much too cold for a pet to be left out. When the jogger saw that the dog seemed frozen, malnourished, and in pain, he called for help.

Animal control was made aware of the situation and when the officials got out, they knew what had happened.

The dog had been abandoned the night before and was forced to fend for himself on one of the coldest nights of the year. The dog was injured and even had signs of frostbite across his body.

The poor animal was taken to the Dan Cosgrove Animal Shelter for treatment.

They named the sweet pup Lincoln. Most animals are super excited to see their rescuers and engage with them, but Lincoln was a bit different. Lincoln was terrified of humans in general.

WOMAN CAME HOME TO BOX ON CURB, TRIED TO RESUSCITATE THE TINY BODY LEFT INSIDE
00

SHE WAS LEFT ON THE STREET, DRAGGING HERSELF UNDER RAINING AND FROZEN BEGGING FOR HELP TO LIVE
00 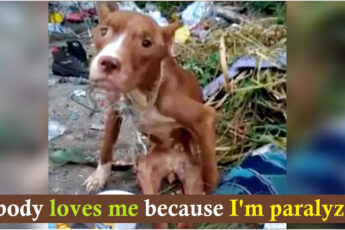 The bear brought its cub to the girl so that she pulled the splinter out of its paw
This story happened in the summer. It was warm and
0 222