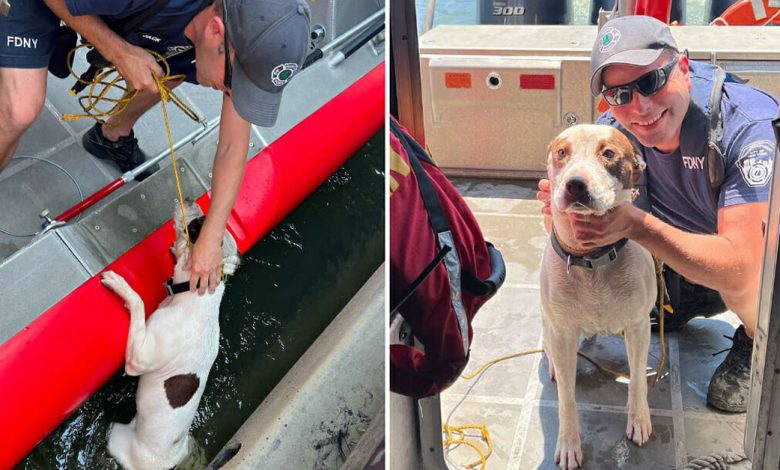 A two-year-old pit bull mix was rescued by a FDNY Marine unit, that found him in the Harlem River, New York, writes thepetneeds

When then Marine 4 unit arrived at the scene, they saw a citizen trying to keep the dog afloat. The unit, that was led by Lieutenant Salvatore Sodano, knew that the dog ended up in the river after being thrown off a bridge. 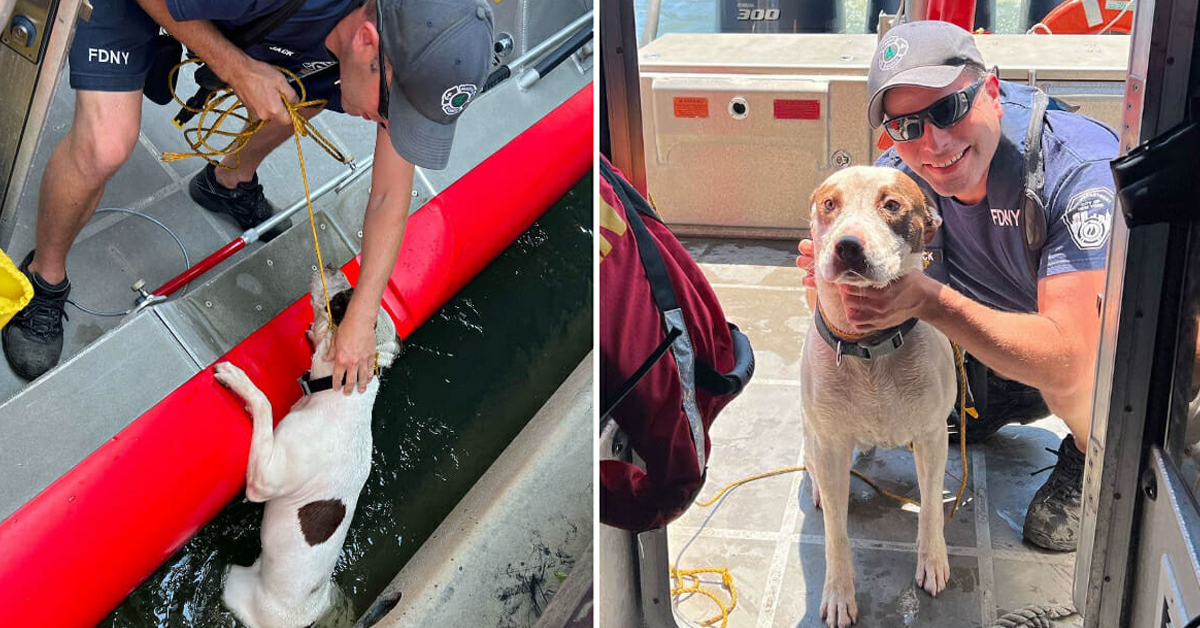 Fortunately, some marines managed to catch the 62-pound animal and withdraw him to the shore to be able to give him the care he needed. 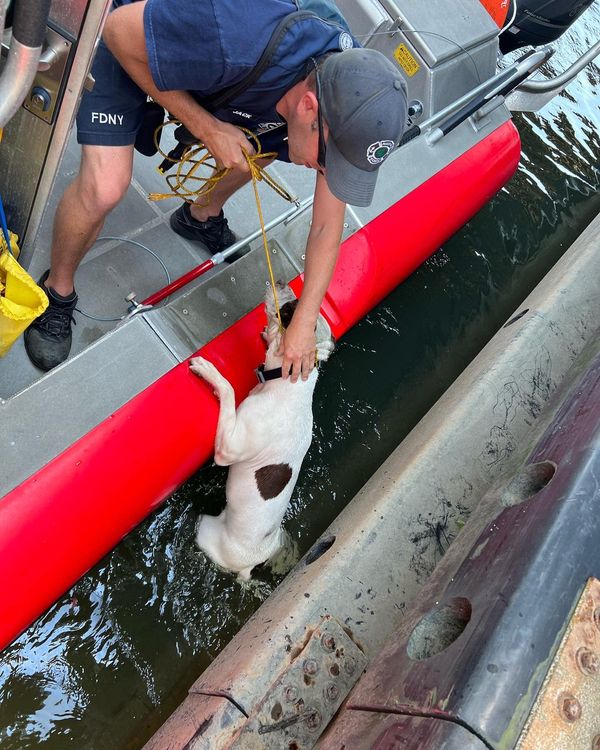 The dog would have faced a different fate if the FDNY unit and the citizen were not there at the exact time. The ASPCA and the NYPD’s Animal Cruelty Investigation Squad are not investigating to know how the pooch fell down off the bridge! 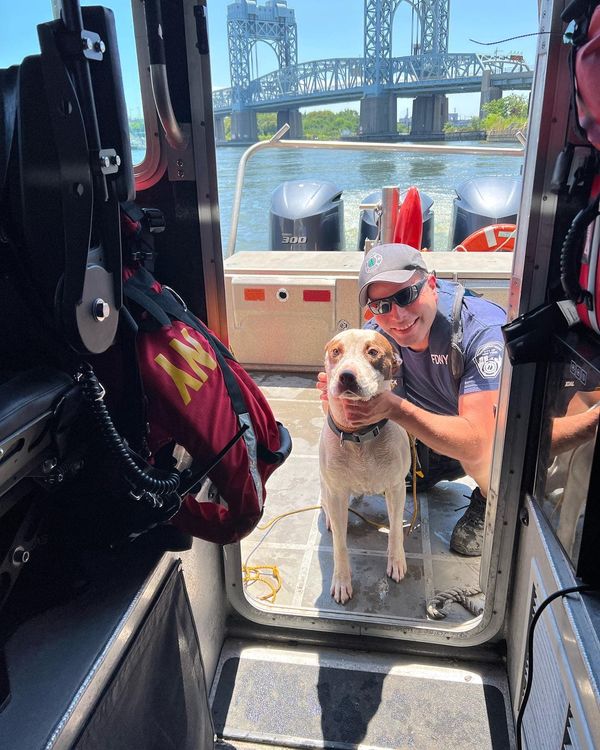 The dog, who was named Aquaman, is ready for adoption, and the Animal Care Center, where the dog lives, has already received hundreds of applications.