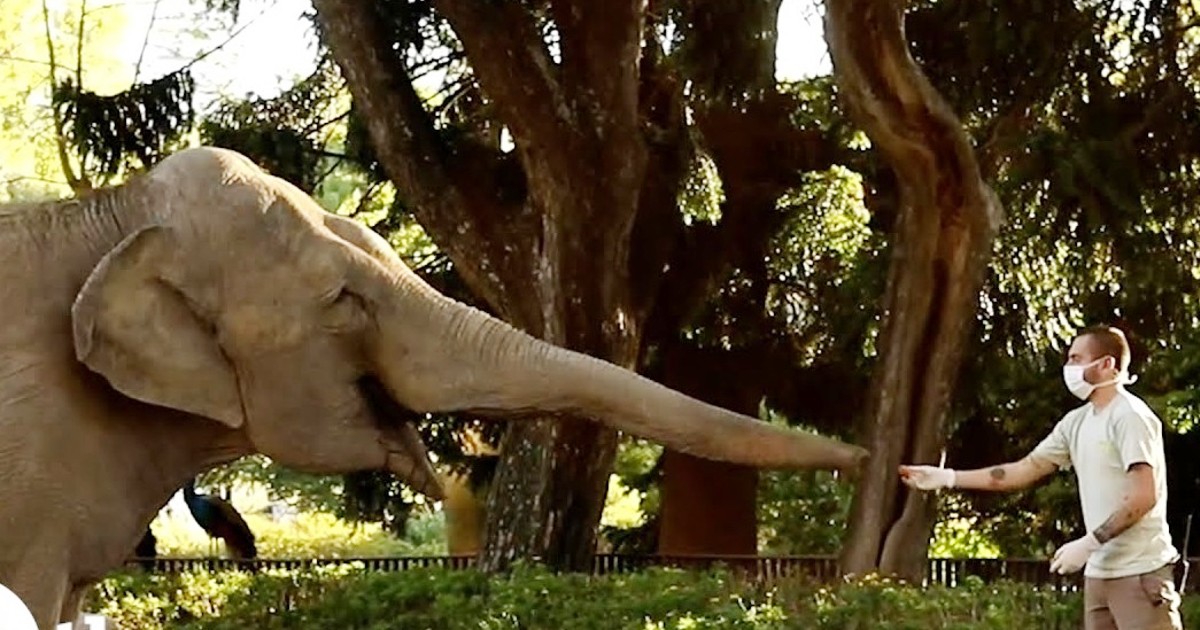 But that’s not what life was like for elephants Pocha and her daughter Guillermina.

Pocha spent the last 20 years of her life living in a concrete pit. Thanks to the Elephant Sanctuary Brazil in Mato Grosso Brazil, they are now living in a natural habitat.

“She’s never explored life outside a concrete pet for two decades. The story of porch is a story of an older elephant stolen from the wild and incorporated into a zoo that didn’t have the capacity and didn’t have the space,” Scott, the sanctuary’s president, told The Dodo. “She’s lived one of the most confined lives I’ve ever seen. Completely void of anything natural. She was bred in captivity.”

Neither she nor her daughter has ever felt the freedom of exploring the wild.

Pocha and Guillermina lived at the Mendoza Zoo.

They traveled for six days for 3,600 kilometers until they arrived at their new home at the Sanctuary, making stops along the way while greeted with affection from the locals.

“The country and the world are following with joy and eagerness the journey of Pocha and Guillermina towards the Elephant Sanctuary Brazil (SEB) in Mato Grosso, Brazil,” the Mendoza State government said in a statement, according to Newsweek. “The transfer of the two elephants to freedom, after spending their lives locked up in what was Mendoza Zoo, does not go unnoticed.”

“They have been able to rest and sleep during the night and the transfer team is providing them with necessary care on an ongoing basis,” he said. “We are facing an immense coordinated logistical work that the world is witnessing that has a clear objective: animal welfare.”

The team that lead the elephants comprised of trainers, veterinarians, and caretakers from Ecoparue Mendoza and Elephant Sanctuary Brazil.

The team stopped every three hours to check on the welfare of the elephants and was able to get in six hours of sleep a night.

The female elephants will get now be free to live in nature for the rest of their days along with other elephants, according to ámbito.

“After six years of working tirelessly together with the entire Ecoparque team, the director, Mariana Caram, the various agencies and organizations that accompanied us, and all the support of society, today one of the most important goals in the management of which is to give Pocha and Guillermina a dignified life again,” Mingorance said.

“As we have been doing with the more than a thousand animals that we have already transferred from the Ecopark to various sanctuaries, reserves, and spaces suitable for guaranteeing a dignified life.”