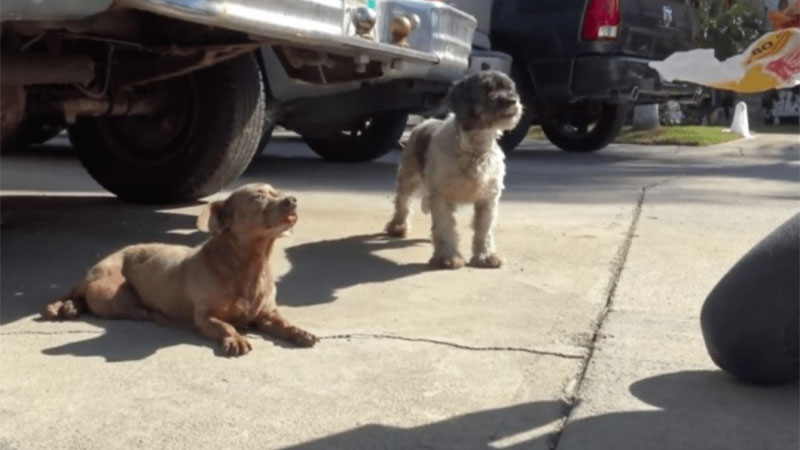 Two dogs were seen wandering the streets together in Los Angeles, one of which had a large tumor on her stomach, Volunteers showed up in the hopes of getting these poor pups off the streets. Loreta Frankonyte offered them a piece of cheeseburger to gain their trust, which both of them gladly took.

These two dogs were so desperate for help, they followed rescuers right to their car without hesitation. Loreta placed a leash around each of the dogs and named them Orchid and Minks.

Once they got back to their clinic, the pups got a much-needed bath and had their ticks and fleas removed one-by-one. They were finally free of parasites and already feeling so much better.

These pups have spent so much energy surviving on the streets, and they were so relieved to finally be safe. They were finally able to lay down on soft blankets and take a relaxing nap.

Both of them received the necessary medical care, and then went to live with a foster through L.A. Animal Rescue. But that isn’t where their story ends. Both Minks and Orchid have been adopted together into the same loving forever home with the Hill family!

They’re loving their new family and enjoying a huge backyard to play in. But most importantly, they will always have each other!