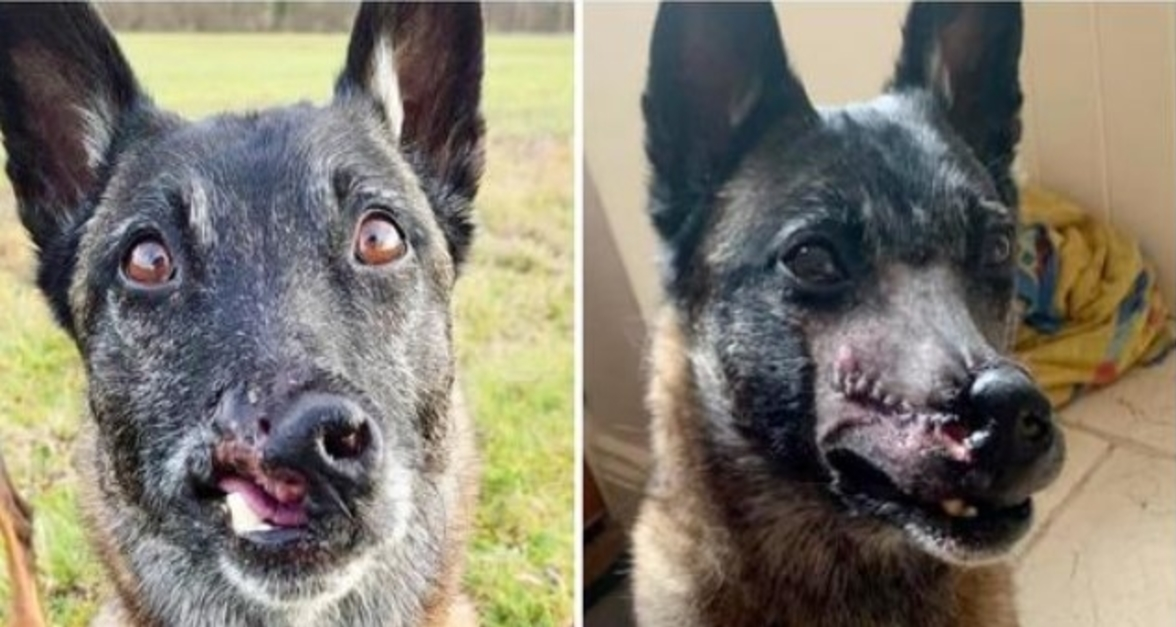 ilovemydog writes that the adorable Belgian shepherd was rescued from the dog meat trade in China in 2015, but only after meat traders disfigured the poor puppy. ilovemydog notes that Angel risked becoming a victim of the barbaric practice when activists intervened and stopped a truck carrying the dogs to the slaughterhouse. Angel’s face was badly scarred by the tools used by the dog catchers to catch and remove them. 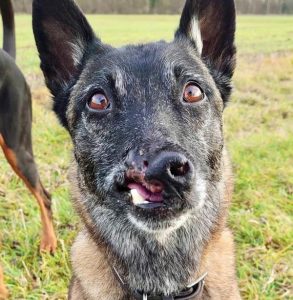 Angel was operated on in Beijing and flown to the UK by the kind people at Rushton Dog Rescue. Hollie Cornes, 25, only needed one look to realize she wanted to adopt Angel. Although already operated on, more interventions were needed to give the dog a happy and healthy life. Cornes said Angel’s scan showed that her nose was completely covered by scar tissue, preventing her from breathing on that side of her nose, but there was a 2mm hole on the other side. 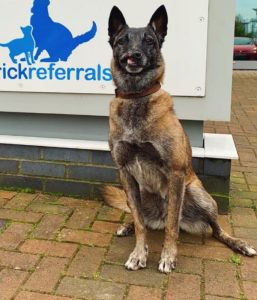 She decided to do what she had to do to let Angel breathe and not worry about her aesthetic appearance. She didn’t want to stress the dog and did not want to do anything just for aesthetic reasons. People donated to a fundraiser and thanks to this help, sweet Angel was able to have surgery. Cornes says that Angel is doing well today and is living her life to the fullest. 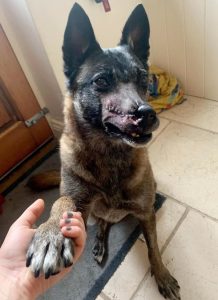 We love happy endings and wish Hollie and Angel all the best for a long and happy life together!