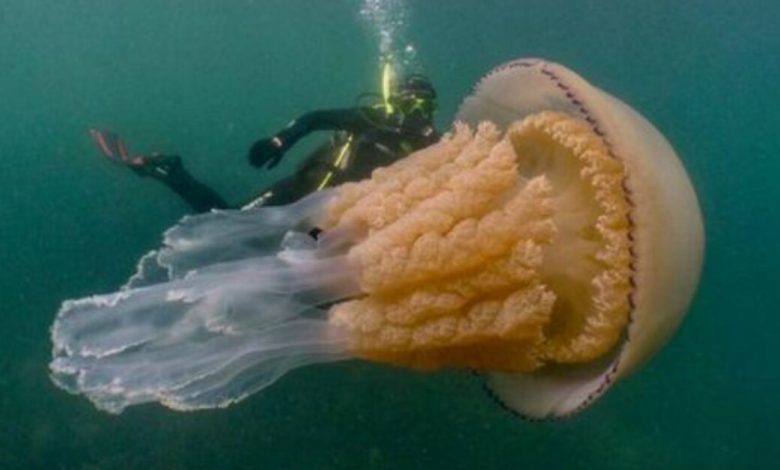 If there is a place on this planet that I’m really scared about that’s the depths of the oceans. You never know what kind of huge monstrous creature the dark endless ocean could hide. And the most recent interaction between humans and such a gigantic creatures happened days ago off the coast of Cornwall, England, writes majesticanimals

While diving, biologist Lizzie Daly comes face to face with a huge jellyfish. And when I say huge, I mean at least as large as a human being. Although the barrel jellyfish are known as the largest of the species, it is the first times when such a large one is spotted.
“It’s known to get this large, but I haven’t seen one this big,” Daly told CBS News. “Woah!!!!! We went diving in Falmouth yesterday to finish off #WildOceanWeek and came across this GIANT barrel jellyfish! What a way to finish off this marine wildlife adventure!” the diver wrote in a Tweet.
Lizzie who dived with the marine photographer Dan Abbot, said the expedition there were in was more than she ever expected. Their adventure was part of the wildlife presenter’s campaign called Wild Ocean Week.

“I want to bring the audience on the journey with me so I will be uploading videos and updates live as it happens throughout the week. 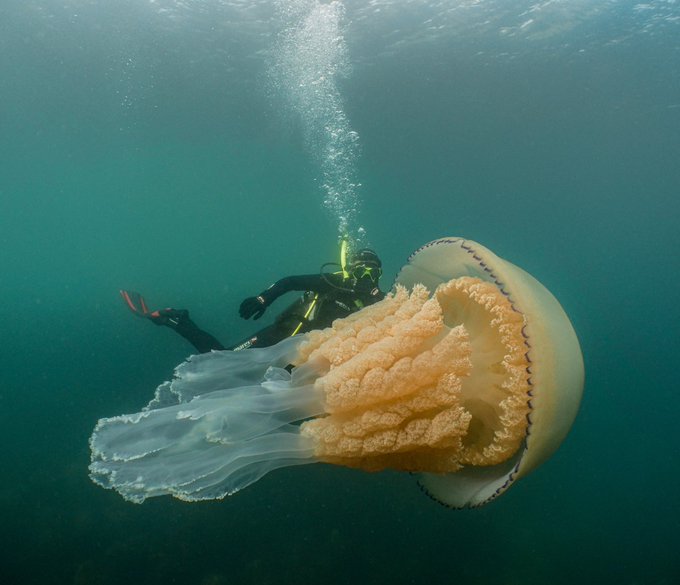 “Diving with seals, swimming with blue sharks and generally celebrating our coasts #WildOceanWeek is about showcasing how you can immerse yourself with diverse wildlife right on your doorstep and most importantly, supporting those on the forefront of conserving our marine environments,” Lizzie Daly told in a statement.

Bellow you can watch the fascinating and terrifying as well, moment when Lizzie came across this huge sea creature!